There is a Lake Placid in Florida. Did you know that? I always think of New York when I think of Lake Placid, but this place and is much, much different.

This small city is located near my grandma’s winter home so when we were looking for something to do while visiting her, we headed to this place.

Well, this little town is known for it’s murals. My grandma had a book about them that included a map and I think there were something like 30-ish murals on the sides of buildings around the city. Most have hidden objects in them. The book that she had gave us the details of the painting, the artist and the hidden objects to look for. We started with number one and worked our way through most of them in the daylight hours.

Top down on the Camero we rented, of course.

The murals, which depict different important scenes in history, are located around the city and are on the sides of many buildings. Some we drove to. Some we walked to. Some we got right up to and checked out in depth. Others we admired and moved on.

These murals are huge. As you can see from the perspective in the images below, they take up entire sides of buildings. The images look like they are popping off the walls. The one near the Rotary even had  walking path, fountain and lots and lots of greenery surrounding it. 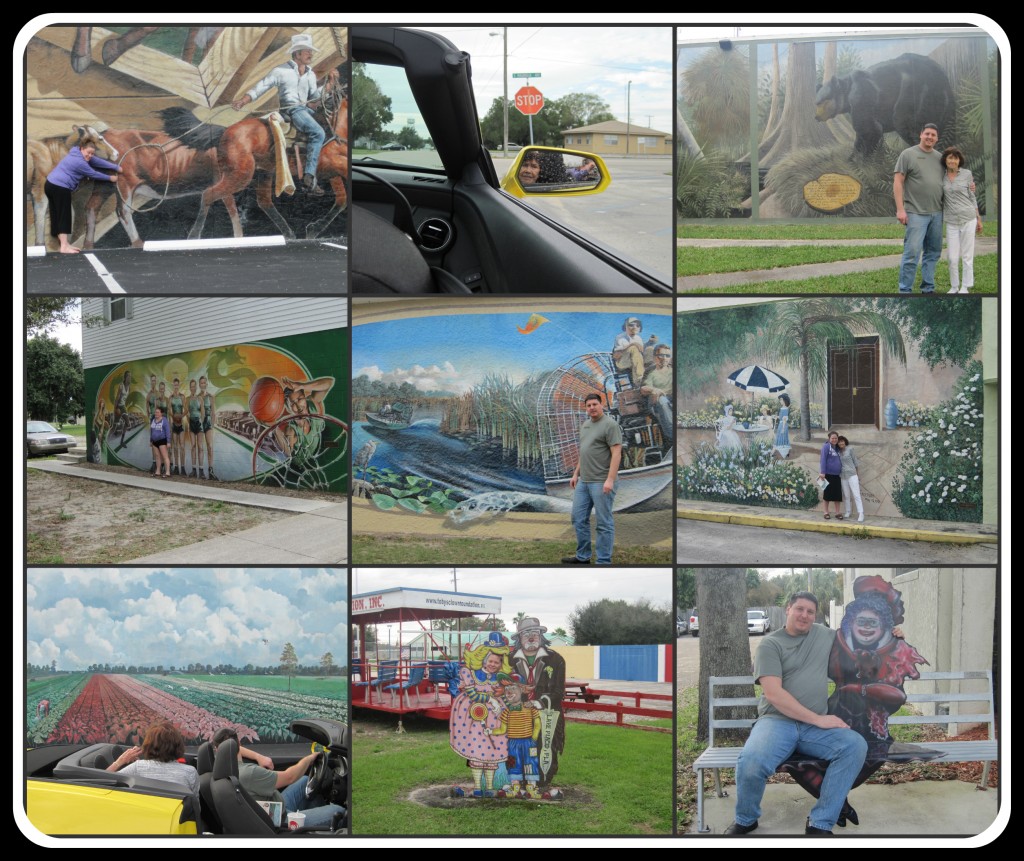 The other neat thing around the city is the trash cans. They are all fund shapes, like clowns and busses. One was a train. It was definitely a unique way to place receptacles around the city.

We also found some neat-o little stores to visit.

Where else to stop

We specifically took in Kelley’s Florist, which had more than just flowers. It had some quaint little gifts. Including this, which was my husband’s favorite. 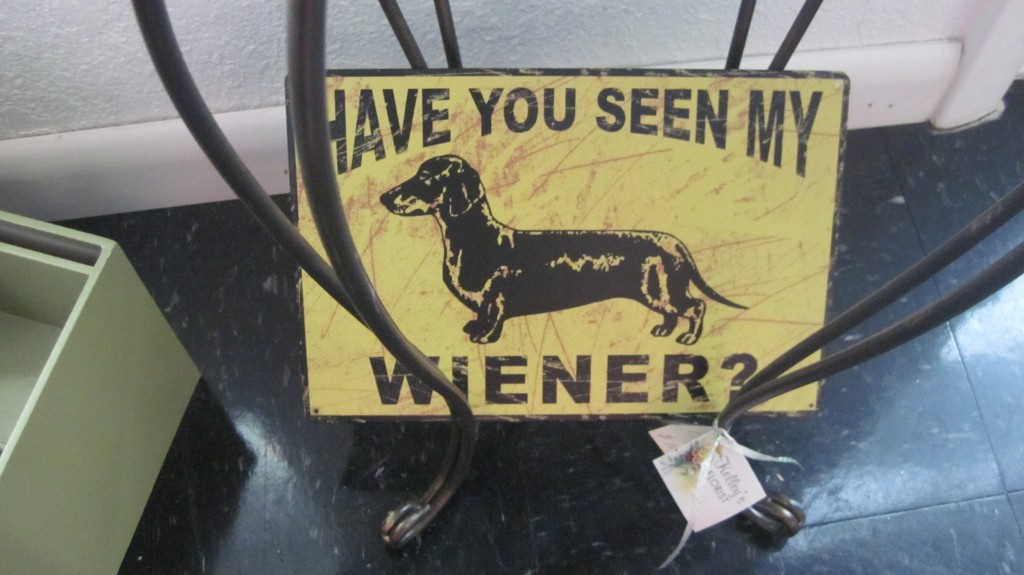 We also visited the Caladium Arts and Crafts Cooperative, which had lots of unique handmade items like quilts, paintings, and even knitted hats. I’m still thinking of one that I really should have purchased. I’d have taken a picture, but they don’t allow that in the store and I don’t break rules—most of the time.

We found this great little store in the farmer’s market area. It’s not even on Google. I think it’s too new. I could have spent WAY more time in that store. I wish I could find the name of it so that I could tag it!

The tragedy of the trip was when my selfie stick broke. Yup. That was sad. So I made my husband drive around to several stores until we finally located another one at Dollar General in Lake Placid.

What would I have done without it?