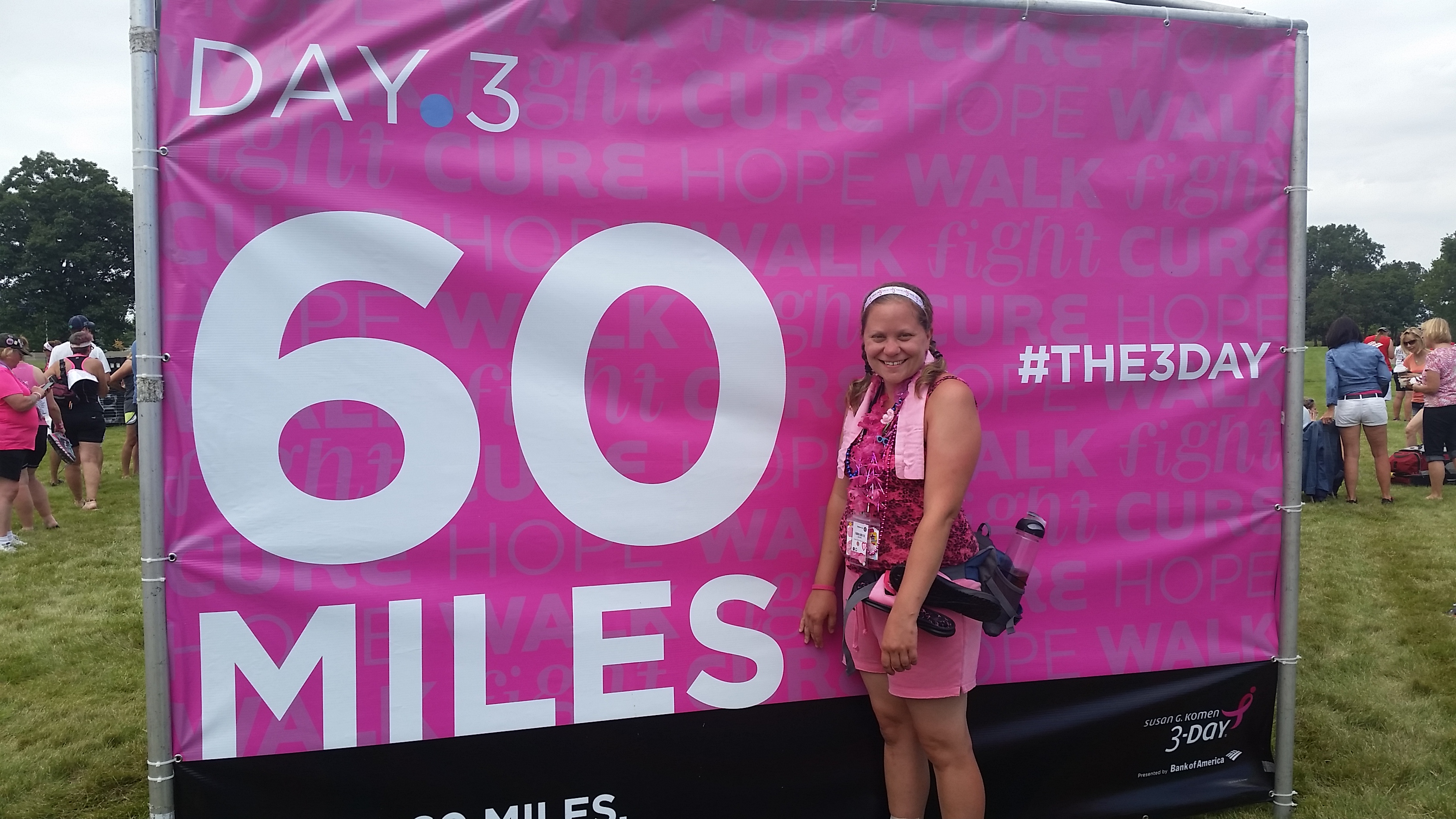 This day was the hardest. Not only was I physically exhausted, fighting blisters and pain, I also had to take my shirt off on the busy street corner. I know, right?

This day was different because we weren’t going back to camp. We had to get up, take down the tent and turn it in, pack up our stuff and take it to the truck, get dressed, eat and board a bus to another town.

From my first step off the bus I had no idea how I would make it through the day. The pain was intense and reverberated through my body with every step. We started walking through a local neighborhood. It was barely 8 a.m. so that part was tough. We were trying to be quiet, we were trying to keep going and there were few people cheering us on.

Then came the bees. So just after our first pit stop (where I had to have my leg taped for shin splints), as we were walking through a neighborhood, some of the walkers started complaining of pinches on their legs.

Bees. Someone must have upset a hive.

They were everywhere and the situation was strange. They were grabbing on to walkers’ clothes and not letting go. I had to flip one off my friend’s pants with my orthotic. It was hanging on for dear life. And just as we got past them, they came back.

As we were walking along a very busy road at the intersection of another busy road, we were crossing a gas station parking lot. I felt something crawling up my chest in my shirt and assumed it was the mess of beads I was wearing around my neck. It wasn’t. I looked down and there, nestled right in my shirt was a bee.

I looked over at my friend and said, very calmly, “help me, help me, help me.” She asked what and I said “there is a bee in my shirt.” She didn’t know what to do, I didn’t know what to do but apparently these clear-headed walkers had the idea to take  my shirt off. I mean, I had a sports bra on underneath but, really, I wasn’t prepared to be standing on a corner with my rolls hanging out as I watched for a bee to fly away from my body.

It did and within seconds, I was clothed again and back on the sidewalk.

We walked about a block and I realized that I was a walking without pain. The adreneline rush had been enough to get me moving again. Of course, the pain quickly returned, but it’s amazing what a bee down your shirt can actually do.

Then just when I thought I couldn’t go anymore, we encountered the mile of cheerleaders. This long block was lined on both sides of the sidewalk by hundreds of cheerleaders. Little girls, tween girls, high school girls. They were all chanting and clapping and rooting us on. They were tell us thank you. They were handing out suckers. They were giving us the encouragement to take one more step.

It made the next several hours. We talked about it. Especially as we approached the last several miles where there weren’t as many cheerleaders lining the streets as they all wanted to be at the closing ceremony.

We still encountered some amazing people who were playing music in their front yards, handing out water along the sidewalk, giving us popsicles and jello shots and cheering, cheering, cheering. Those were mostly neighborhoods who had banned together for the goodness of cheering us on.

After lunch, we crossed through a park where a woman was sitting along the path in a lawn chair. Next to her was a poster with the picture of her daughter. She had died of breast cancer a few years prior. She thanked us.

I thought of the little girl giving hugs in the town.

I thought of how much I hurt.

I thought of seeing my kids and my husband at the finish line.

And finally, after all the pep talks. After all the steps. After all the pain, there it was. Ford World Headquarters and the finish line. I never thought I’d make it. I thought my legs would give out or I’d faint or I’m just have a bone snap in half and that would be in.

But one foot in front of the other, I made it.

I walked the entire 60 miles.

And a funny thing happened.

I did it. There I was. The end of the trail and waiting for closing ceremony. 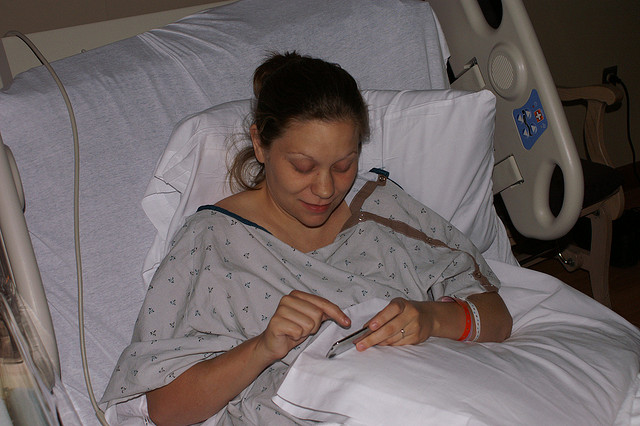