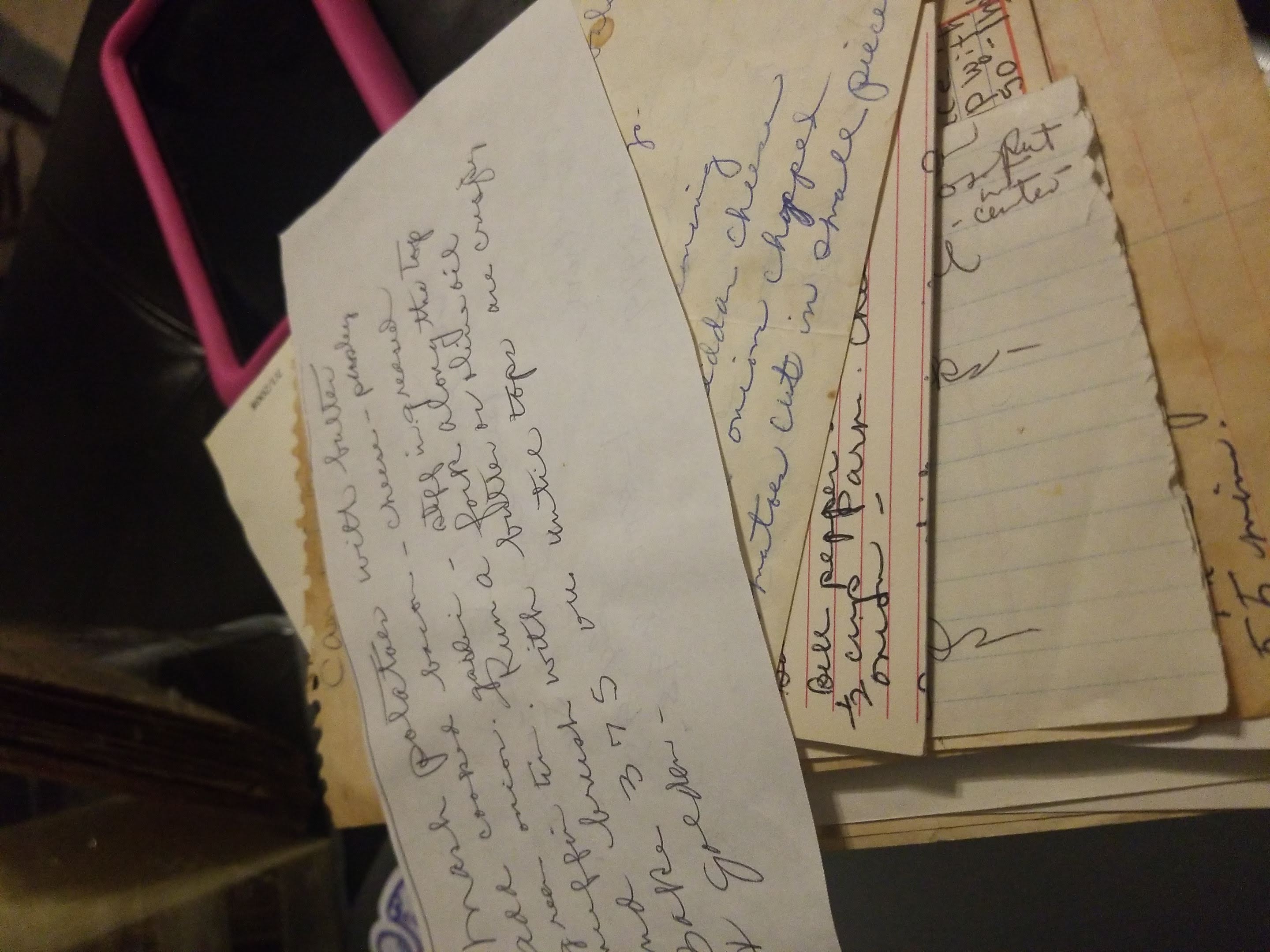 Almost a year ago, I made a strawberry pie. This strawberry pie was important. I mean, I remember is a year later. I packaged it up in a plate and took it to my grandma’s room at the nursing home. She hadn’t been eating and I needed her to taste this pie.

My daughters lived for her strawberry pie. But she was the only one who ever made it.

A few weeks earlier, while visiting her, I asked her for her recipe for the pie. She knew it by heart. But the words…they were escaping her. We worked through it. Jello, whipped cream, and that “thing around the bottom. You don’t have to make it from scratch. You can buy it pre-made.”

She meant the crust.

And she struggled to get the words out, with her eyes closed. She was fading and we knew it.

My mom had been at her house getting some of her things and she found her recipes. She left the box with me and I began flipping through. I figured I’d never find it. Many of her recipes were hand written on scraps of paper or folded pieces of magazine. But there was the lid of a Cool Whip container in there and the recipe looked like it could fit.

Then, I found it again. Same recipe. This had to be it.

I made the pie right then and there. I used refrigerated crust, for the record.

I waited for it to set and then took some to her. She was asleep when I got there, but my mom said she had some and she said it was perfect.

A few days later, I went to visit her again. My mom and I were going to move her down the hall for church. She slept through most of our visit. I leaned in and told her I was there. She said, “The pie was so good.”

During church she told me she wanted communion. She said good bye when I left.

And that was it.

Three days later, we said good bye to her.

I’m not sure I’ve made the pie since. Not because I can’t or don’t want to, just because I haven’t. But there is this reassurance knowing that I can replicate one of the things my kids remember most about her. It’s like keeping a little slice of her here with us.

The recipe was actually on the back of a Cool Whip lid. It’s like that episode of “Friends” when Phoebe admits that her grandmother’s chocolate chip cookie recipe was from Nestle TollHouse. Even after batches and batches of cookies, the recipe was right under Monica’s nose and she had no idea.

There are so many things that we do that make us unique. Why not share it? Maybe you are really good at handlettering, why not make an instruction sheet or a print for a friend? If you have a recipe, share it. A family secret recipe does no one any good if it goes to the grave with a relative. 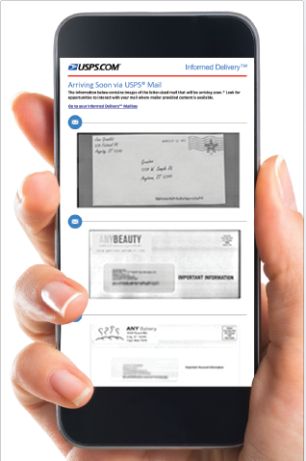 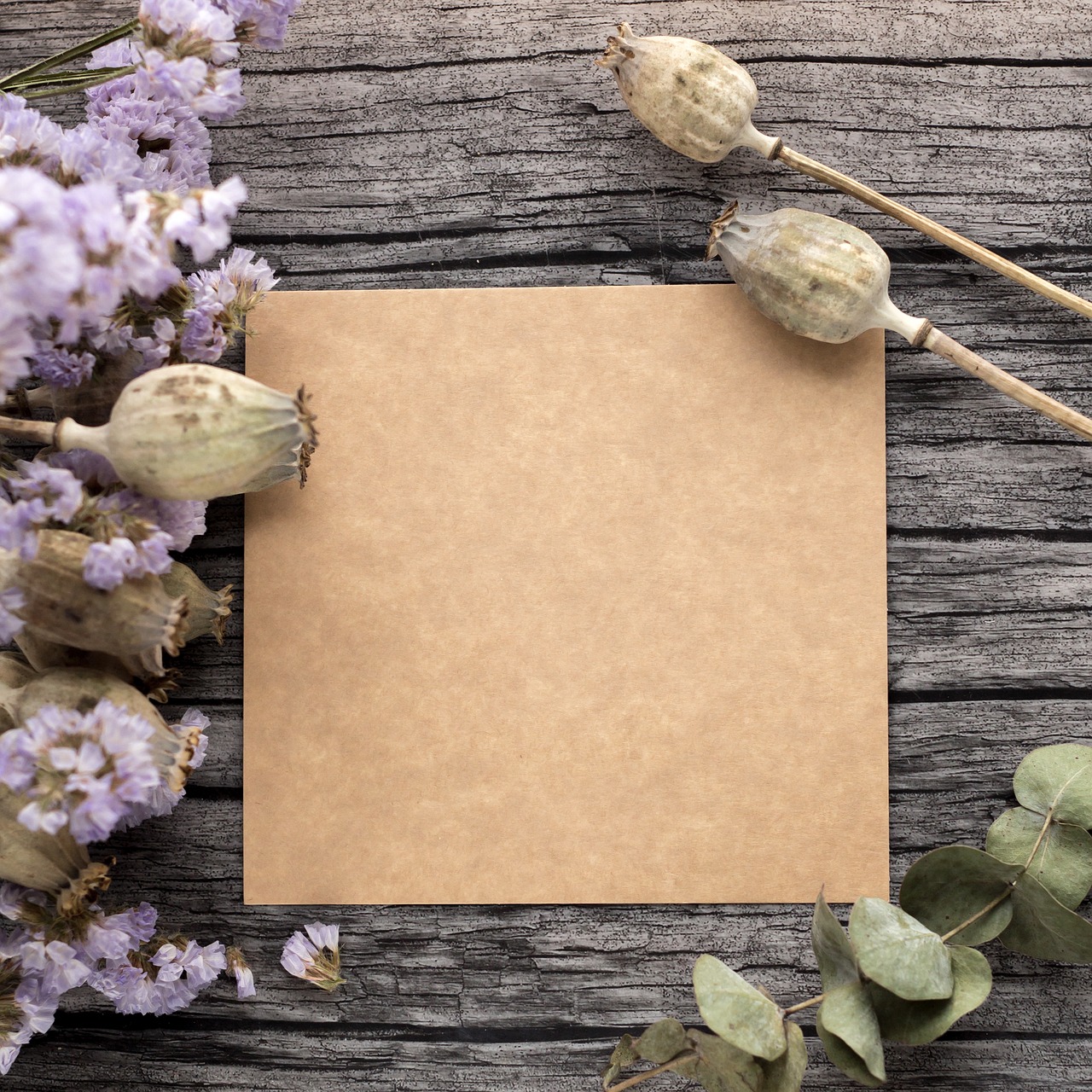