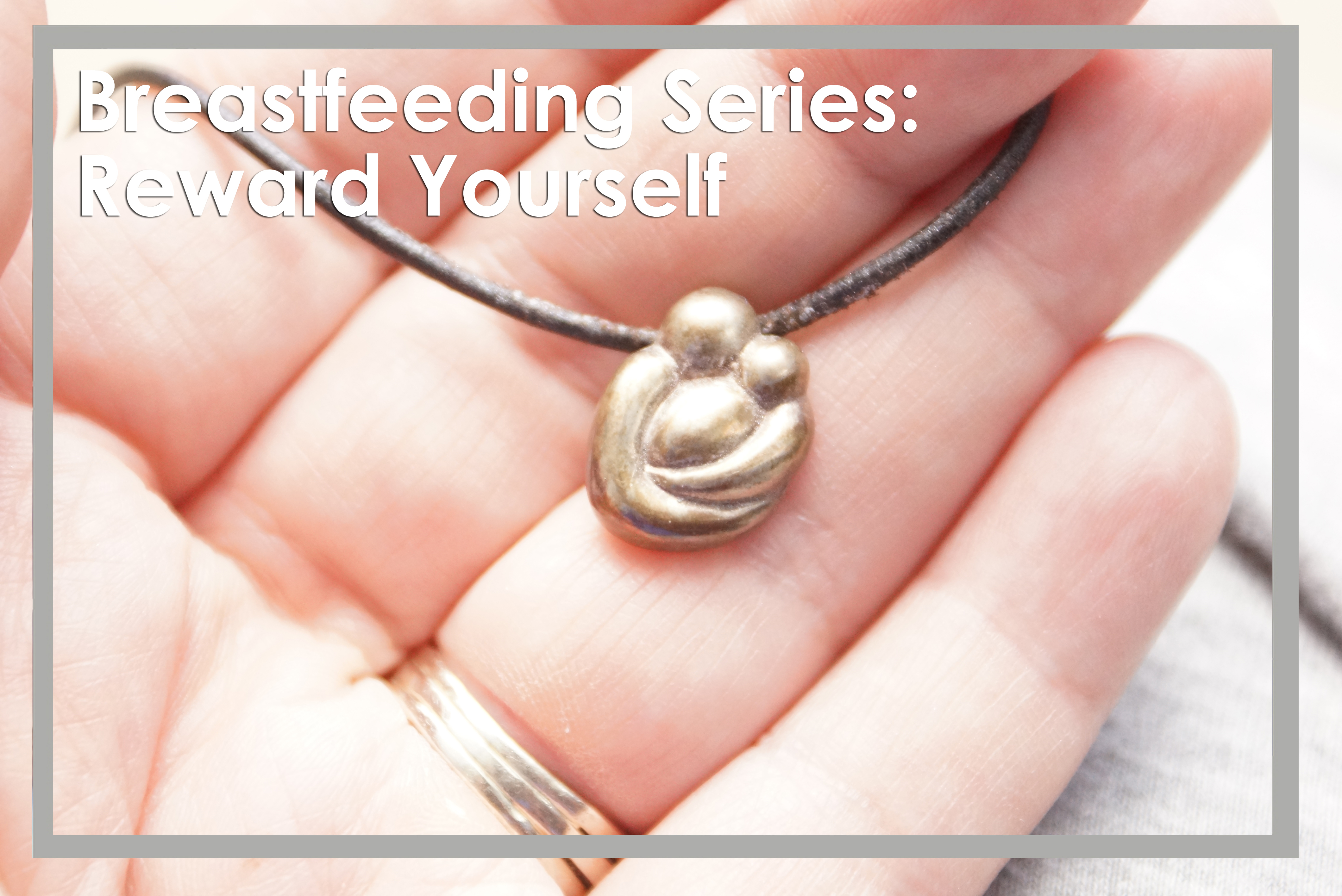 We’ve talked about clothes, pumping and storing milk and all of the weird places I’ve had to pump. And now to wrap up the series, I have one final piece of advice: Reward yourself for breastfeeding.

If you are a full-time breastfeeding, full-time pumping, part-time nursing/part-time pumping mama, you are doing an amazing thing. This is a time-consuming, self-sacrificing action. If it didn’t work out for you, fine, but if you are in the middle of it, you know you need to hear those words.

The nights are long. The breasts are sore. The teeth are sharp. The plugged ducts are blinding. The pump is cold. The milk is gold. And you are doing a great thing. So–reward yourself for breastfeeding!

When I finished nursing my first-born she was six months old. I had to stop. We were in the process of moving, I was tired and it was time. I worked with a girl I considered one of my best friends. She gave me a charm of a mother holding a baby. At least, that’s what I see. I see a mom breastfeeding her baby. I see a medal. I was being awarded for the dedication and commitment I had to meet my six-month goal.

I still have it. The leather is worn out. The charm is tarnished. It’s hardly that shining example of success that it once was. But to me, it’s still a representation of what I accomplished. I will always treasure that. And of course, her friendship.

For my second daughter, I rewarded myself in advance, with an iPod Touch. I needed the internet access on a portable device to ease the late-night feedings and give me some motivation to keep going.

After all, I had saved us all of the money in formula.

When my third daughter was 6 months old, I learned about The 16 Minute Club. It was just starting and I was excited by the concept. Based around 16 minutes, roughly the time it takes to pump, the company curated monthly boxes that were sent to moms to support breastfeeding and nursing. I jumped on board and got them for six months.

Each month, I received a box with products like lactation cookies, lotion samples, a nursing scarf I mentioned in another post, toys for the baby and lots and lots of coupons to really cool places.

I also got information sheets. It had suggestions for keeping up with pumping and nursing, milestones that were coming up and things to try. The website itself was a wealth of information and I’ve recommended this site to so many people.

I was so excited to see what was out there. Every month, I knew I would get my box, but only if I kept going.

I’m not saying a reward is going to make it easier, but use it as a way to mark the accomplishment and give yourself credit for the work you are doing.