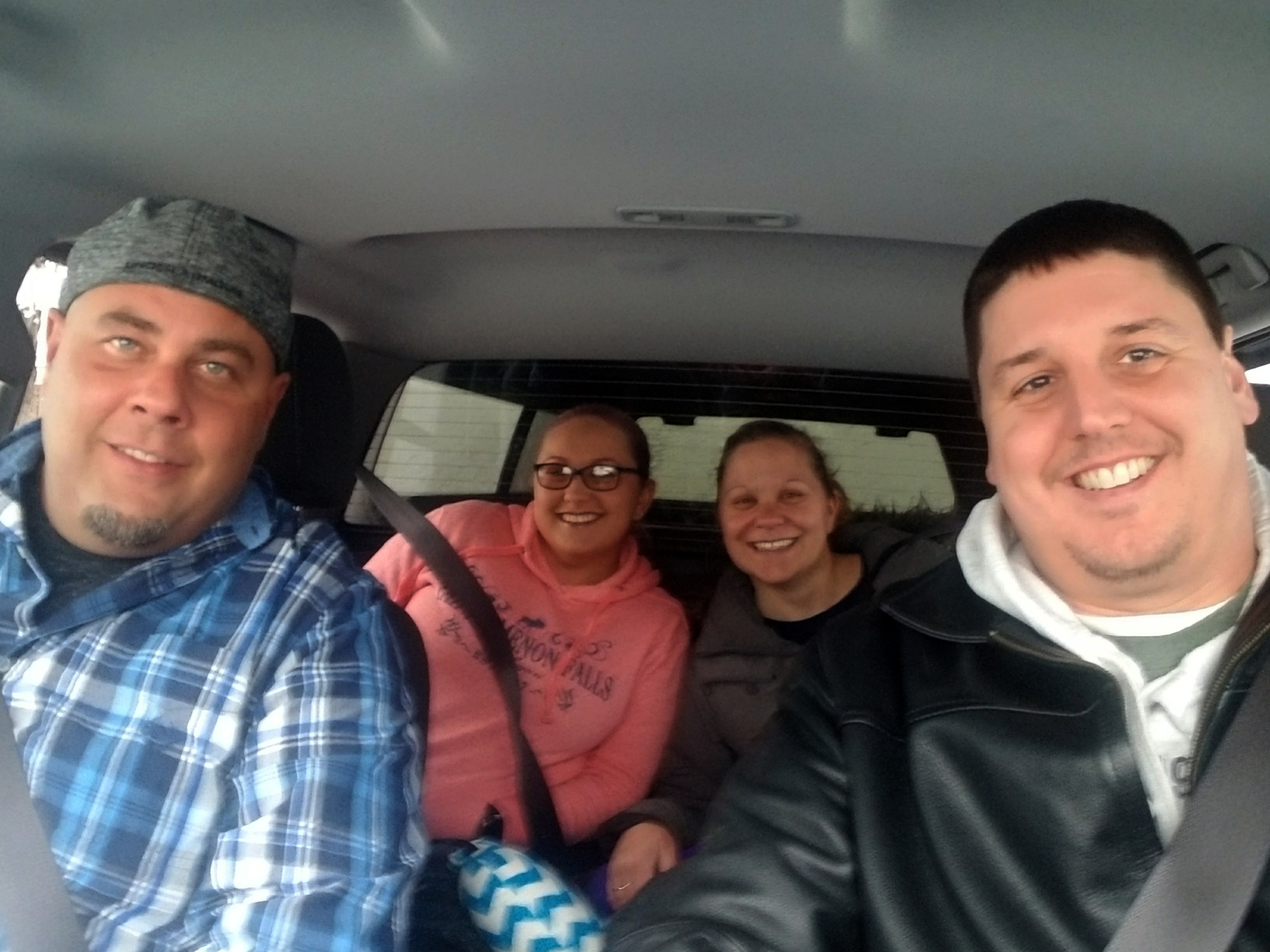 Remember being 12 and going to a sleep-over at your friend’s house? Remember how you didn’t sleep and there was an incessant stream of giggles?

Now imagine doing that when you are 37 and you are having that sleep-over with your husband AND two of your friends. That would basically sum up the night before the cruise. This all sounds weird so I’m going to start at the beginning.

My husband collects lots of stuff, but among the most useful are his Marriott points. In my last post about our cruise, I talked about flying on Delta, his Delta Miles and the perks that come from all the flying he does. Well, along with that flying generally comes a hotel stay. And he stays in Marriotts to earn points that we can use toward other stays. They add up! Last spring we stayed in Tulsa for a week in a studio hotel room with a kitchen without paying a dime. They are totally useful.

We needed to fly into Miami the night before the cruise so that we were there in time to board at noon. That meant we needed to stay overnight in Miami. We knew we were getting in at about midnight and leaving by 9 a.m., so the four of us made the executive decision to get one room. We figured we could save some points, and really, it wasn’t like we needed the room for anything more than a few hours of sleep.

We went back and forth about where to stay, near the airport or downtown. We ultimately made a reservation at the Marriott Miami Airport. They had a shuttle that we could grab when our flight came in, saving us a few bucks, and then we’d just pay for an Uber or Lyft to the cruise terminal.

This was the plan until just a few days before the cruise. My husband had the foresight to check the reservation in the Marriott app. Our room had been canceled. It wasn’t really clear why. We had made the reservation months ago. My husband was convinced this was a sign that we should just stay downtown instead. He was certain the J.W. Marriott in downtown Miami would be nicer, but we convinced him to save a buck and stay at the Marriott Miami Airport because of the shuttle. He figured out the issue and re-booked. It seemed everything was fine.

After we arrived at Miami Airport, we easily got on the shuttle for the hotel. The ride was short and quick. We were the first stop in the few Marriott hotels that were near the airport.

We walked in the door and it was like hitting a wave of sound. There were people all over the lobby wearing shirts that said #ShoppingAnnuity on the back. I’ve looked it up. I don’t get it. But I also saw many of them on our cruise so I think some of those same people were on the boat with us. They were so loud in the lobby of the hotel that night. And it seemed to echo as the hotel was under construction and had a large wooden wall in the lobby making it 1) smaller and 2) filled with flat, echo-y surfaces.

My husband checked us in fairly easily and we headed up to our room. The lobby and halls to the elevator were just crawling with people. What were all of these people doing in the lobby of the Marriott Miami Airport at midnight?

We rolled through the hallways and got to our room. We opened the door and we were transported back in time. The room was super dated. The bathroom was really dated. The beds were at about shin-height. And what were these? Full-size beds? Yup. Oh and it was hot, so we turned the air down right away.

It was only a few hours though so I figured I could tough it out.

We all got ready and settled into bed. Of course we were all keyed up by the flight and then the super hot room. So we turned on Netflix. The only part of the room that was updated was the TV. We were able to log into my Netflix account and watch two episodes of “Life in Pieces,” which my dad has been trying to get me to watch forever.

Side note: That show was funny! The chick that gave birth. The dad that planned his own funeral-themed birthday party. The girlfriend who lives with her ex-fiance. Yeah, it was all really funny.

After two episodes, I flipped off the TV and let out a sigh. It was completely dark in our room. We all laid still for a few minutes. Then someone laughed. Then Jeremiah, one of our traveling friends, started laughing. Then my husband laughed. The next thing we know, we were all laughing and comparing it to a  middle-school sleep-over. (Not that I ever want to hear about a co-ed middle school sleep-over.)

I was asleep pretty quickly despite the tight quarters. I woke up once when our friends were up to use the bathroom and turn down the heat…again. It was super hot in that room.

At about 4 a.m., our friend Katie was up for the day. That’s her typical wake up time. I was up for a few minutes with her but then zonked back out for a bit. We all laid in bed and tried to sleep until about 6 a.m. The excitement was too much and those beds were too small.

We took turns showering, got dressed and headed down for breakfast.

The night before, my husband had inquired about breakfast. He told the person at the desk that we had a full room, four people, and he wanted to know how many breakfasts were included with the room. He was told that all of us could eat for free. When we got down to the hotel breakfast, we found that was not true. Only two breakfasts were included with our room. Wow, so if we had our kids, we’d have to pay for them?

Whatever. We paid the ridiculous amount for breakfast and headed out. We just wanted to get on with our day and we weren’t going to let a little breakfast wreck the anticipation of the great day ahead of us. We went back up to our room, packed up, called an Uber and headed downstairs to get to the ship by 10 a.m.

Our adventure was actually beginning! We were so excited!

Long story short, we should have gone with my super hotel-picky husband’s gut and stayed at the J.W. Marriott in downtown Miami. The view would have been amazing and the room would have been a lot nicer. Live and learn. Just too bad we wasted those Marriott points.