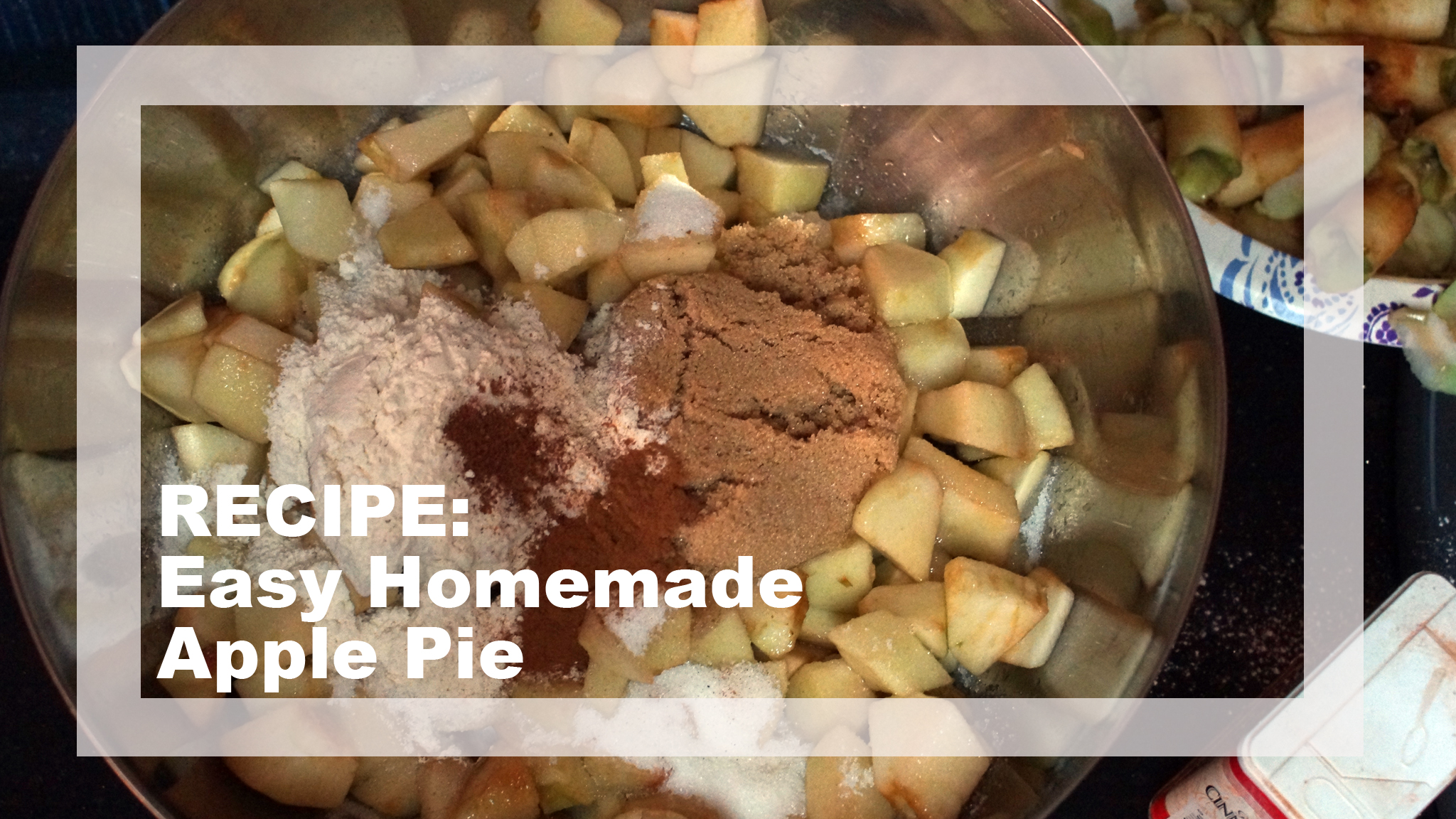 Our bushel of apples from a recent apple orchard visit was still looming. After making apple sauce, I still had a lot (a LOT) of apples so I went for the fallest of all fall treats–an apple pie!

Making an apple pie is surprisingly easy. It’s even easier if you don’t make your own crust. Thankfully, a had two pie crusts in the freezer so I went that route. I thawed two, one for the bottom and one for the top, and set to work on the filling.

Here’s what you need:

I’m not usually a baker, but this pie was easy and yummy. It smelled delicious baking in the oven. I almost wanted to eat it before we had dinner! This pie was amazing. We topped it with a choice of whipped cream or vanilla ice cream, but it was still good solo as well.

Oh, and just a note, this recipe calls for 9 cups of apples, but that is far fewer actual apples than I would have thought. I was still left with a ton of apples. So, I still have lots of other recipes and projects on the way. STAY TUNED!