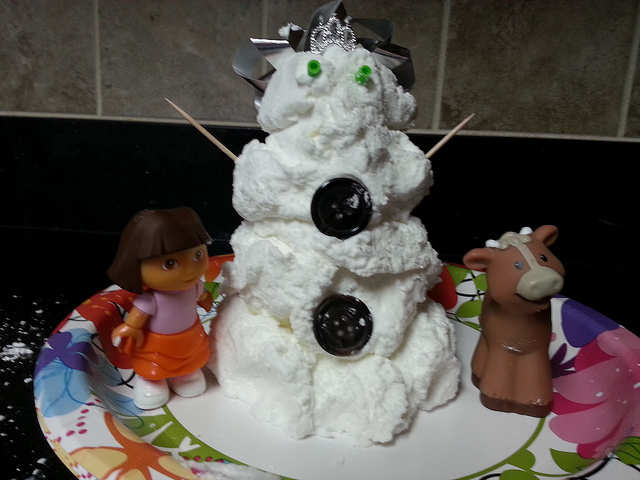 This post is one of several that are being featured on The Craft Nest as a project for your own personal summer camp! Check out The Craft Nest for more summertime craft activities.

As the weather warms up and the kiddie pools start coming out, the furthest thing from our  mind is Christmas. However, my kids will soon be celebrating it, in July, complete with snow.

This summer is much different than any other before it. I have two kids who are so used to being busy and entertained and will so be spending a majority of their time with me and their newborn sister than at day care or at school. We have been compiling a list of things to do throughout the summer, and I have been gathering supplies so that we can just break it out when the baby is napping or otherwise not demanding my attention. A lot of the ideas are coming from Pinterest, and this one is no different.

I followed this one to a blog to learn how to make some artificial snow. The author says they don’t live in an area with snow, and while this isn’t really a close alternative (it’s not cold or wet) it’s fun for this project and for added measure the clean-up is pretty darn easy.

I only wanted to make a small batch to start. I used one box of corn starch and one can of shaving cream. I put the corn starch in a bowl and mixed it all together and must have had too much shaving cream. Mine was a bit lumpy and sticky. The original poster’s didn’t look quite like that, but it worked just fine.

The “snow” mixture can be molded, formed and shaped. My kids had a great time just squishing their hands in it. It’s a great sensory activity.

So how are we using this for Christmas in July? Snowmen of course!

My kids practiced rolling the balls of snow and stacking them while I perfected the recipe for the next batch I’ll make. We decorated our snowman with things we found in the basement, a Barbie tiara, some buttons, beads and form shapes. My three-year-old even got her Little People in on the action.

Once we had played around and made our snowman, my five-year-old came up with a great activity. We covered all the trinkets up with the snow mixture and mixed it up. The first one to find five objects in their box was the winner. I thought this would be a great birthday party game for the future.

The best part about this snow is that I can store it for another day, maybe a rainy one when someone says “I’m bored!”

Don’t forget to continue to check The Craft Nest through August to see what other fun projects will be featured. 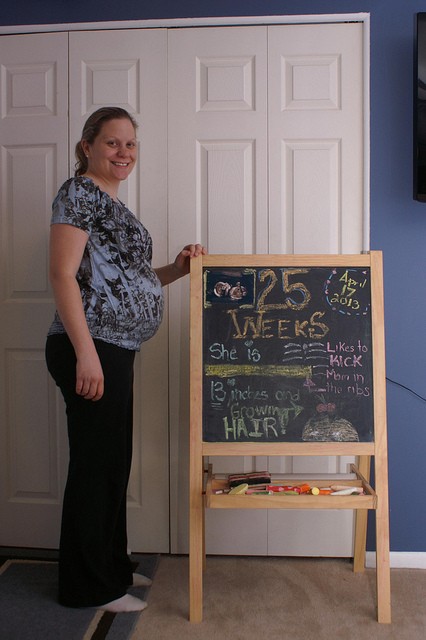