My grandparents live in a community where you have to be at least 55 to own a place there. So my four-year-old and two-year-old helped bring the median age down a few ticks for the nine days we were there. Obviously child-friendly activities didn’t jump out at us, we had to find them. We were able to search out some stuff to do a had a great time.

The first thing I did while we were in Sebring, Florida was to check the Chamber of Commerce website. This is a very middle-of-the-state, older-people-flock-here type town and there were a lot of events going on while we were there, but the site itself was a wealth of information. It was here that I learned the city has a Children’s Museum. I put this on my calendar right away. I knew I wanted to have it on the docket in case one day was rainy, too old for swimming or we just needed to get out for a few hours. It turned out to be a really great experience that I will post about that later this week.

I also learned about Lake Placid, which is the city right next-door. It is the city of murals. These murals are painted all over the place in the town. Pick up a map from the Chamber of Commerce and know exactly where to find them, plus gives hints for certain “hidden” object in each painting. In fact, while we were there, we were able to see a new mural being painted and we picked out the hidden objects with the artist paining on a scaffold just above us.

I checked in on FourSquare everywhere we went. This enabled me to see the tips of the people there before us. It was really nice to see what they found interesting. For example, I learned that at Downtown Disney in the Bibbidi Bobbidi Boutique, everyone can be pixie dusted for free. Bonus. I took my daughter’s there while we were visiting Downtown Disney and it made their day. You can play with Legos for free in the Lego store, so we did that. We also went over to the Disney store with Stitch on top and waited for him to spit! It was a nice little cool-off.

Even while visiting friends at other resorts and hotels, we knew exactly where to go for food, how to by-pass paying a ridiculous amount of money to go in a lazy river and what bathrooms were the cleanest. If you have the ability, use your smartphone to find the good at every stop you make.

My grandparents community had two pools, but they were just plain pools. No slides, no lazy rivers, no kid-friendly music playing just because. Obviously I didn’t expect that, but it would have been nice. After some time, the square cool became a little….square. We had to spice it up.

After the first few visits, we tried to bring out different toys for each visit. We picked up some noodles at the local dollar store. We got the girls some goggles (not that they were swimming underwater) and we brought some floating ducks down to the pool to liven it up a bit. I even got myself a noodle so I could get a bit of my body out of water to get some of the gorgeous Florida sun on my skin.

Additionally, my grandparents had a fountain in their yard. It made me really nervous because it was made of cement, but my kids loved it. We gathered all of the floating toys we could find and they went to town, pretending to give them drinks from the fountain and floating the ducks around. I tried not to watch so that I didn’t freak out about a potential fall into the water. No one fell and everyone had a great time.

Give them the lens

Each of my girls has a camera. Both are handy-me-downs. One is my four-year-old’s FisherPrice camera and the other is amy dad’s VERY old Kodak Easy Share. One day I took the kids outside and they spent forever trying to take picture of the geckos. They also walked around and took pictures of squirrels, the grass, whatever. Then they enjoyed looking at them when we got home and sharing their stories with their daddy.

Not to mention, we have plenty of memories taken from their perspective!

There are plenty of fun things to do on the cheap, regardless of where you are. Just get creative and you’ll see them around every corner. 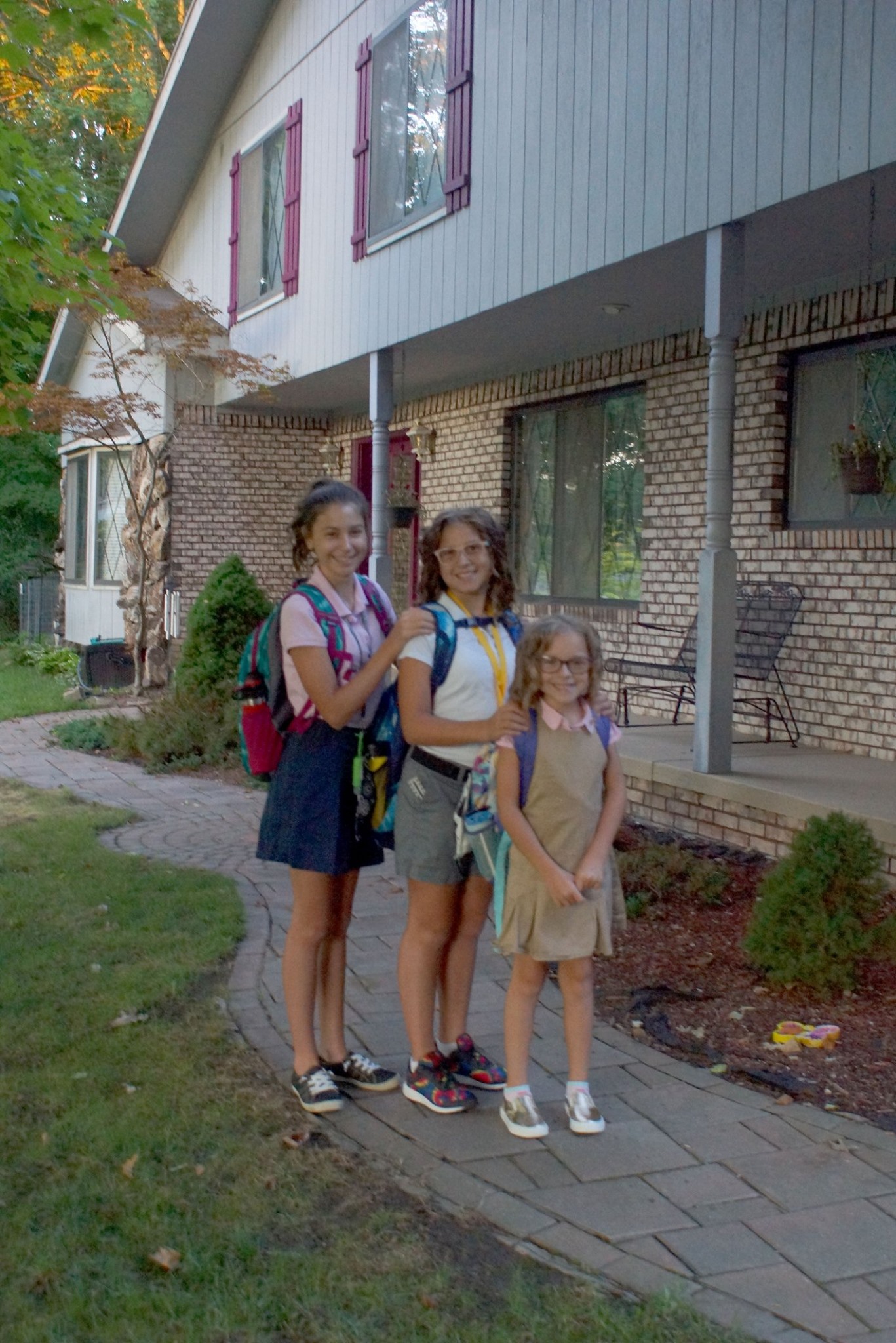