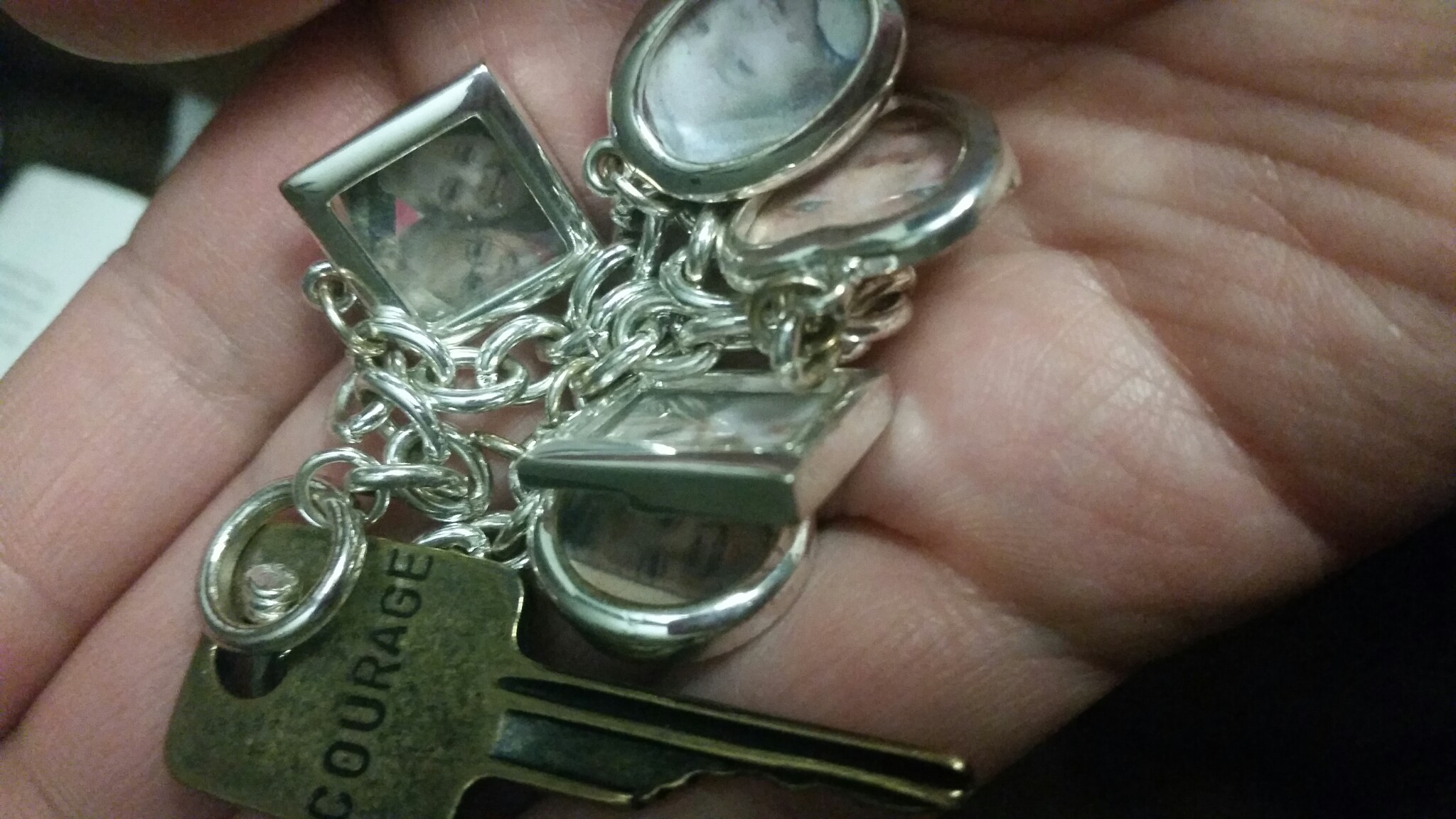 I had a little key with the word “courage” on it and recently, I away gave my key to someone I thought could use it. Not the key so much. And definitely not the courage because she’s dealt with some stuff recently and handled it like a pro. However, I thought she could use a reminder of what is behind her with support and encouragement.

As the new MOPS/MOMSnext year kicked off in the the fall, our welcome packet included a courage key. It was supposed to symbolize the theme of “Be You Bravely.”

There was a little letter enclosed. It read:

The Courage Key
That’s part of the reason we chose to include a key in the 2014-15 MOPS Membership welcome kit. It’s a symbol we can daily put on to remind us to live the bravest version of ourselves. It’s a token we can reach up and touch in those moments we need a reminder to be brave. And, with solidarity, we’ll be wearing our keys together.

From the minute I got my MOPS courage key, I couldn’t wait to give it away. I immediately thought of all the people I could give it to. I could make it this grand gesture and I would be so moved by this whole “passing of the key” thing that it would make it all worth it.

I wanted to make sure it went to someone the embodied the courage key idea. I wanted to let that person know that other moms, her people, were praying for her and were with her in the everyday struggles of life and holding her hand through the scary ones.

MOPS/MOMSnext moms are a community and I wanted whoever received it to know that there is this army of moms out there who completely understand. And we care. It’s not just about the little groups at the churches around the world, it’s about moms as a whole.

For example, a mom from my MOPS group posted to Facebook that she had five children in her house who were sick and she was going crazy and had no food in the house.

(And before you think: Of course she’s crazy, she has five kids! They are not all her’s, she was babysitting for an out of town relative. Only a few are her’s.)

Within minutes, other moms, most of them I know from MOPS, were saying “Yeah, I’m heading to the store right now, what do you need? Send me a list.” Another said, “let me come sit with the sickos while you get out of the house to get what you need.”

The support of other mothers that I interact with daily speak volumes to the power of a community.

Tonight my MOMSnext group met. In small groups, se prayed for each other, for other parents and family who we knew needed them. Hearing about the trials and tribulations of others makes my own path feel less isolated, but I also know that somewhere some mom is thinking about me and saying a prayer.

I may never know who that person is, but I wish I could thank them.

I really wanted to hand my courage key to someone who could use to know about the millions of moms who have been there. The moms who have breastfed their babies every 45 minutes for days on end. The moms who have survived the toddler years and tantrums. The moms who have walked their kindergarteners to the classroom for the very first time and cried silently on the walk back to the car. The moms who are facing new and unending challenges that come with raising a tween and teen. I wanted her to have a physical reminder of that so then the nights get long, the days get painfully chaotic, she knows that she was chosen by God to mother these children and live this life and we support her and love her for that.

So while I basically wanted to throw a ceremony to pass off the key, it actually happened in a very unassuming way.

I wrote a letter, stuck it in an envelope with the key and slipped it into a bag with some other things I was giving her. The letter explained what the key meant and where it came from. It wasn’t a glamorous letter, it wasn’t wordy, it wasn’t over the top or filled with fanfare.

I told her there was some stuff in the bag and a letter for her.

I have no idea if she’s opened it yet and frankly, I don’t know that I care. I mean, I hope it didn’t get thrown out and I really hope she doesn’t think it was ridiculous and silly. But I don’t need that fanfare. What I need is for her to know that she is part of this awesome little community…the only inhabitents are moms. She can be as involved as she wants or she can blaze her own trail.

I hope that one day, when she knows this courage in her heart and comes across someone she thinks needs this reminder, that she will pass on that key.

No matter what, we’ll still be praying, supporting and loving.

Because that is what moms do. 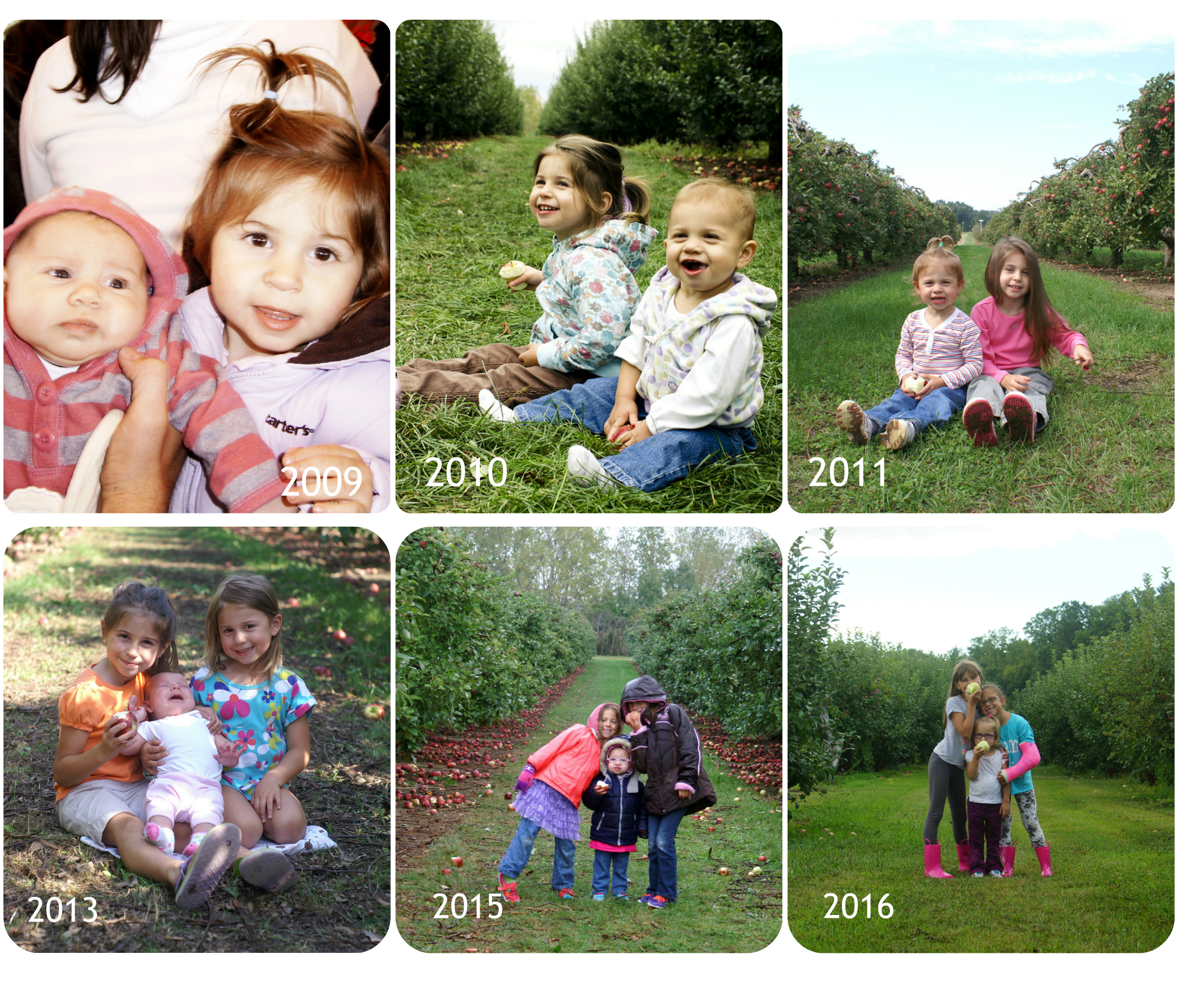