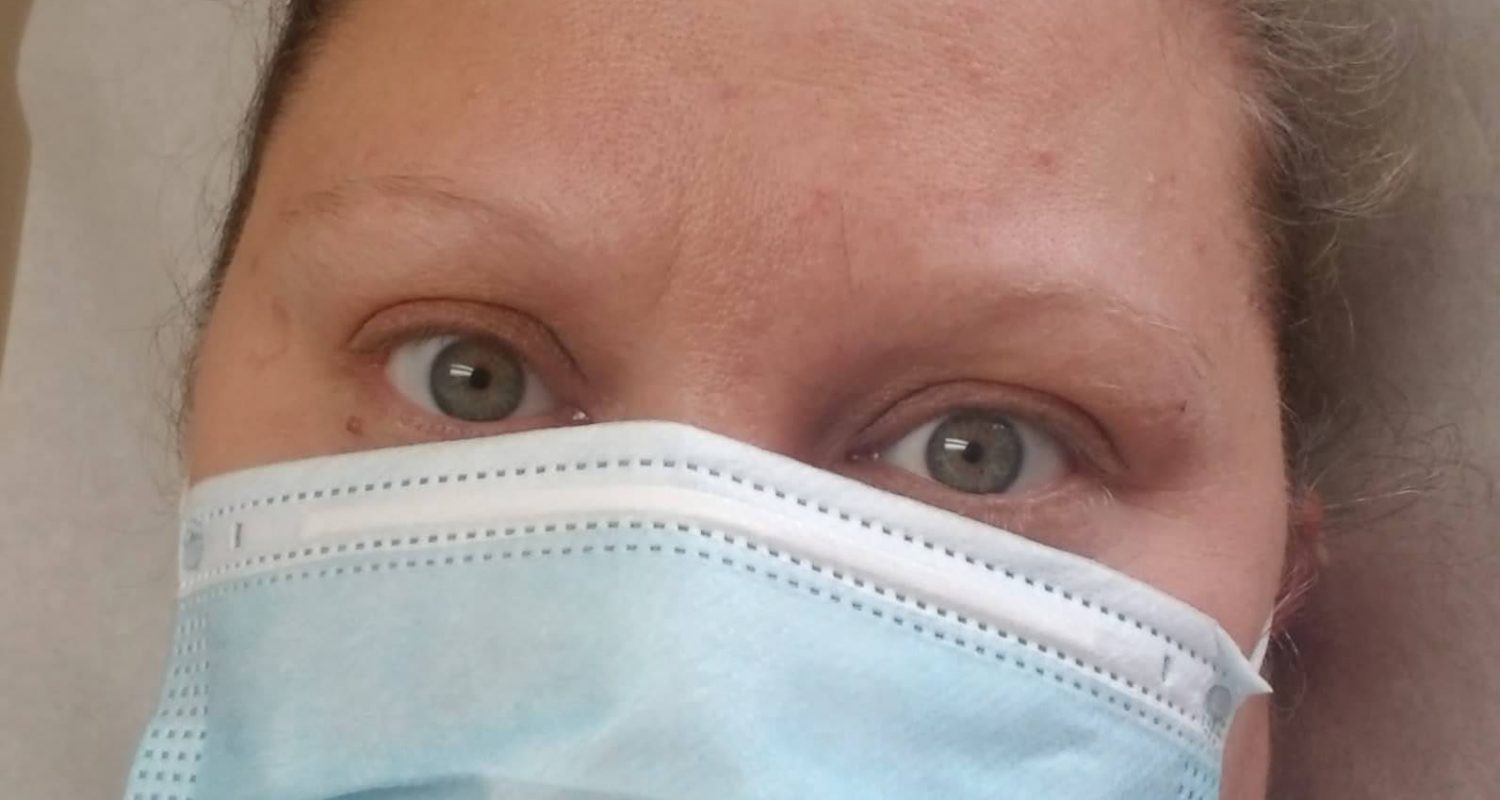 Honestly, I have no idea how I ended up here. I’m 25 days out from cervical disc replacement and fusion and if you had told me this 25 days ago, I wouldn’t have believed you. So, how did I get here?

My neck issue is at C5-C6. While we would think it would be a stiff or painful neck, issues at this level cause pain that can be really difficult to diagnose.

I think my issues started years ago, when I was having trouble with my shoulder. The pain was intense. At points, my doctor believed there was an issue with my rotator cuff, but it didn’t really make much sense. Not all of the symptoms lined up. But, I was young and resiliant and a round of physical therapy seemed to help.

Not to mention, I have horrible posture. I work on a laptop most of the time and give little regard to the positions I’m sitting in. This often leads to neck strain and tight back muscles.

Fast forward to about four years ago. I was having neck pain that was impacting my ability to function. I went to the doctor and he wasn’t a lot of help. I got some xrays but they were relatively inconclusive. I saw a pain management doctor and he ordered some physical therapy and neurontin for nerve pain. Physical therapy was almost immediately helpful, and after just a few weeks, I was able to stop going. We didn’t really dig deeper or figure out exactly what was causing the issue.

I’ve had a tight back and neck issues off and on since. Never super severe, just enough that a trip to the chiropractor and the occassional massage seemed to handle it.

Until September. I couldn’t go to the chiropractor because things had gotten hectic with work and the kids were back in school. My back was getting tighter and tighter. I finally called the chiropractor and she was able to fit me in later in the week. When my appointment time came, I was pretty miserable. She did her adjustment and sent me on my way.

I was sore. And the next day, it was worse. My muscles were so tight. By my next appointment on Monday, I was an absolute ball of muscles. My neck would barely move away from my shoulder. She adjusted me again and said she’d see me again in two days.

In the meantime, I made an appointment with the physician’s assistant in my doctor’s office. I was so uncomfortable that I could barely work and I needed some relief. My televisit was difficult because I was basically just explaining the pain and it’s location. He surmised that I had a tight trapezius muscle and ordered a muscle relaxer and a steroid taper to help with inflamation.

I was so grateful. I figured a day or two and my inflamation would be down and my muscles would loosen up. It didn’t happen that way. I emailed him two days later and he reminded me to let the process work.

A week later, I had seen the chiropractor five times, had two massages and was still in a world of hurt. The PA changed up my muscle relaxer and suggested that trigger point injections might help to loosen up the muscle. I was willing to try anything at that point.

So a few days later, I got three injections into my back. The PA pointed out that it seemed most of the tightness was actually in my rhomboid, which is really difficult to loosen. I felt better…for about 12 hours. I was back to not sleeping, pain around the clock, etc.

After talking with some friends, I decided to engage my large network of people and reached out to a physical therapist friend I knew. She gave me some stretches to do and I said I’d get an order from my doctor and come see her for actual PT.

The stretches hurt more than they helped. Another friend gave me a neck hammock, which was supposed to mimic traction. That, too, hurt more than it helped. My inversion table was starting to get incredibly painful as well. Nothing was looseing my muscle. I had one more muscle relaxer change to something even stronger.

I got the order for physical therapy and the doctor suggested an xray as well. The physical therapist tried to manipulate the muscle, stretch the muscle and help with some of the nerve pain.

The xray was inconclusive.

The craniocervical to the cervicothoracic junction is visualized.

Vertebral body heights are maintained. There is straightening of the

impingement on the central canal. No significant neural foraminal

causing mild impingement on the central canal and moderate bilateral

soft tissues are within normal limits.

Some of those things are issues, but wouldn’t be causing the debilitating pain I was having. The PA decided to order an MRI.

This is about the time I started to question everything. Maybe I was just a baby to the pain? Where was the pain actually coming from? My neck? My back? My shoulder? Was this a rotator cuff issue? Was I imaginging it? Why couldn’t I just suck it up, use mind over matter and get through this?

In the meantime, I begged him to knock me out for a weekend. I needed sleep. I needed pain relief. He prescribed Tramadol, but even that didn’t help. I begged for some gabapentin, which I knew was helpful in treating nerve pain. I have been able to receive some relief from the gabapentin.

We all know what came next. The MRI results were not favorable and my doctor refered me to a neurosurgeon. I ended up seeing a local spine and neck surgeon who is going to operate on Dec. 18. I’ll post more on the specifics of the surgery in the coming weeks.

One thought on “How did we get here? Prepping for ACDF surgery”