We were driving home from a Labor Day camping trip over the weekend. My husband was staying an extra day to drop our camper off for some end-of-the-year service at the dealer. Just the kids and I were heading home. We had my mini van pretty full.

I was in the front seat and the passenger seat was loaded. Two of my kids were in the middle row. The third was in the back. We had two of the rear seats down so the dog and a bunch of stuff would fit. The third child was in, basically, a single seat.

As I rounded a relatively easy turn on the high way, the child in the back rolled to her left and literally fell out of her seat. In the rearview mirror, I just saw her panicked face as she tumbled out of her seat.

As far as I know, this child does not have balance issues, has a relatively strong core and should not have fallen out of the seat. She said she had her feet up on the seat and she had nothing to her other side to brace her, causing her to lose her balance and fall.

She just crash landed on the dog, off her seat, on the floor of the van.

That’s basically how I feel about life lately. As I walked out of the house today, the sky was gray. It was greay yesterday and a few times over the weekend. Too much gray.

The sun is setting earlier.

The sun is coming up later.

The air is getting brisk.

I’ll soon have to get out my sweatshirt to sit on the sidelines at the soccer games.

We have crash landed right into the middle of fall.

And to top it off, it’s after a five-month break from “real life.” We are now getting up early. We are go-go-go all day. I make multiple runs to the school. I’m trying to keep up with the housework. And it’s just overwhelming.

I get that I’m often overwhelmed, but this is different. I feel like a toy in one of those claw machines. I was picked up, dropped in the hole and taken home by a stranger.

I’m trying to give myself a little grace. It’s only the second week. Last week was abnormal in that I was helping out in an area in which I don’t usually work. But, by Thursday, I was exhausted. We went camping and after working remotely on Friday, all I wanted to do was sleep.

I laid around. I went to bed early. I slept in. I was DRAINED.

I felt better on Saturday and Sunday, but by the time we got home on Monday, I was ready for a few more days off. After two days of school, one confirmation module, one soccer practice, endless loads of laundry and a lot of homework, I’m already feeling Friday, and it’s only Wednesday night.

The issue is that I can’t pinpoint it. I don’t know if this is seasonal affect disorder arriving and settling in for a long winter’s nap or just a few long days.

Maybe I’ve stayed up too late tonight pondering why I’m tired and overwhelmed and I should just give it up and go to bed. 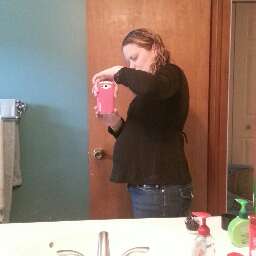