We woke up on Sunday, Feb. 4 all full of excitement! It was finally here! The Norwegian Getaway cruise we had been planning for months! Today we would get on the boat! We were up at the crack of dawn and ready for the day long before we needed to be, but, and I repeat, it was EMBARKATION DAY!

The drive to the cruise port seemed to take forever even though it was only about 15-20 minutes tops. I mean, our Uber driver made a few…interesting choices, but we made it.

The cruise port the day of embarkation is both the happiest, and saddest place. All of the passengers boarding the boat are ready for their week at sea and excited to the vacation. At the same time, all of the disembarking passengers are leaving paradise to return home, often to drab, dreary, snow-covered cities.

Arriving at the cruise terminal

Everyone has an “arrival time.” Our’s was 10:30 a.m. We were there by 9 a.m. I’m not sure that anyone actually follows these rules. I think they just show up when they are ready because OMG WE’RE GOING ON A CRUISE!

We arrived to the drop-off zone and left our bags with a baggage handler. We each had a backpack with things we might need for the day: camera, bathing suit, sunscreen, etc. The rooms aren’t ready for a few hours after you board the boat, and even then, the luggage can take several more hours to arrive.

Note: Our bag lacked one thing: a towel. The towels are left in your stateroom, so we didn’t have those until our rooms were ready, which was after we were in the hot tub.

After the bags were dropped, we got into the security line. Think airport security but less strict. There isn’t a need to remove shoes or take our electronics, but they do x-ray the bags, walk you through metal detectors and take all liquids before you head to the next area.

The next area was a giant room lined on the perimeter with counters. These had short forms that we needed to fill out. Things like “have you been sick,” “have you had a fever,” etc. Basically, they want to know if they are letting ill people on the boat. Who would check yes? But anyway. We raced through the form and were among the first to enter the roped-off waiting line. We made our way through and had a short wait to get to the counter. Here we presented our forms, added a credit card to our on-board account for accidentals, got our ship ID and keycard and finalized our information.

And then another hallway. Then up an escalator. Then into another holding room. We were handed a group card that would tell us when to board. We were in group 1. We took our picture with the ship photographer and headed to find some seats.

It was Sunday morning. My daughter was having a special ceremony at church and thankfully, we livestream. So, I settled into a chair and watched church from my seat. It helped the wait pass quicker. There is nothing like sitting in a holding room waiting for vacation to start! It was almost impossible to sit and relax.

Shortly before boarding was to begin, there was an announcement that they were running a few minutes behind and we would have to sit there for a bit longer.

Norwegian has the normal boarding area. In it are airport-type seats, water, coffee and juice. There is access to bathrooms. The room faces the side of the ship, only adding to the anticipation.

There are also rooms for the Haven guests and VIPs. The Haven guests are suiteholders and others who pay for a different level of service. There are also bronze, silver and gold cruisers, who reach that status based on their previous cruises. Every once in a while, a line of people would parade through our holding area, led by a sign that said “Haven Passengers/Gold Passengers” or whatever. They would head into the walled-off, private area. They were separated by glass walls. They had couches and chairs, but I’m not entirely sure what other perks came for them on embarkation.

Actually getting on the ship

We were finally called to board at a little after noon. We got to the line and presented our key cards, they scanned the card, saw our pictures, verified our identity and headed up the ramps to get on the ship. We were taken onto the ship and directed right to either the Garden Cafe (the buffet on Deck 15 of the Norwegian Getaway) or O’Sheehans, one of the restaurants, which is located on deck 7. We opted for the Garden Cafe and I’m so glad we did. We were able to get a seat by the window and take in the view!

How we spent our first few hours

The Garden Cafe is very, very large. When entering from the elevator bank, every door has sinks. It’s nice to be able to wash your hands with soap and water before eating. For me, as an emetophobic, I was already concerned about the germs.

The Garden Cafe has multiple food stations, including a theme for the day, carving station, salad bar, soups and sandwich station. The themes, soups, and choices rotate throughout the week and also from breakfast to lunch to dinner. We ate at the Garden Cafe for several meals throughout the week and never experienced a wait or any shortage of food.

We took our time eating so I could finish watching the livestream of church. I also used the opportunity to put on my  Scopolamine patch. It’s worth it to note that I have no idea whether I would actually get seasick without it, but I just don’t chance it. No sense in wrecking the vacation.

After we ate, we walked around looking for a drink. There are bars everywhere, but not every bar was open. And, because the ship was still in port, those that were open charged tax on the drink. So, even though we opted for the Ultimate Beverage Package, we still had to pay the tax.

After walking deck 15 and getting a lay of the land, we went up to deck 16, where Spice H20, the adults-only area, was opened. We ended up getting our drinks at Spice H20 and finding a seat where we could watch everything going on around the ship. About this time, they opened up the hot tubs in Spice H2O and we decided to take a dip. I was so glad we brought a bathing suit in our bag. I was disappointed we didn’t have towels.

Sitting in the hot tub was just a 180-degree turn from life at home where it was snowy and freezing. We enjoyed our time in the sun before the message came over the PA system that rooms were ready!

Getting to our room

We were so excited to see our room! We had an aft balcony room on deck 12. Specifically Norwegian Getaway room 12910.

Our room was decorated with birthday supplies (we were technically celebrating my birthday) and there was a cake and champagne. We checked out the view from the balcony. There wasn’t much to do because we didn’t have our luggage yet.

We had our emergency drill at 3:30 p.m. Basically, everyone assembles at their muster stations, which is where you would meet should there be an emergency call on the boat. This is a required activity. We had to swipe our key cards at the start. Had people just shown up on time, this could have gone a lot quicker, but it took way to long.

Our key cards had a letter on them indicating which room we should go to when the alarm sounded. We were in the Tropicana Room.

Once everyone was assembled, we had a demonstration about how to use the life vests and what we would do in the event of an emergency. We heard about the lifeboats and also heard the emergency sirens so we knew what to expect.

By the time that wrapped up, it was nearly 4 p.m. And these ships don’t mess around. They have a schedule to keep. Our ship was scheduled to depart at 4 p.m. We left the muster station and went straight up to Spice H2O so we could get another (hopefully tax-free) drink so we could toast the cruise. By the time we got to the bar, the boat was moving. I really didn’t want to spend that time at the bar, so I went over to the edge and watched the boat make its way out to sea. I specifically stood at a spot on the boat because I knew the Port of Miami webcam took video of the back of the boat sailing away.

At home, my daughters were watching that very same webcam. While I knew they couldn’t see me, I waved anyway.

There are lots of things to do as you sail away. On the Getaway, they had a Getaway Sail Away Celebration poolside, on Deck 15, just as we sailed away.

We opted to do our own thing. Once we had our drinks, we went back down to our room and took a ton of pictures as the ship moved down the river, past the white sandy beaches and out to the big blue sea!

Of course, there is the issue of the pilot boat. I sort of knew about this because my dad has an obsession with freighters in the Great Lakes. The Norwegian Getaway is registered to the Bahamas, meaning the captain is an international captain. They can’t pilot the boat into or out of an international port. Even though the Getaway’s home port is Miami, a pilot has to come out and move the boat.

What else was going on?

So what else happens on the Getaway on day 1? Plenty. Our first issue of the Freestyle Daily gave us the low-down on all it had to offer. 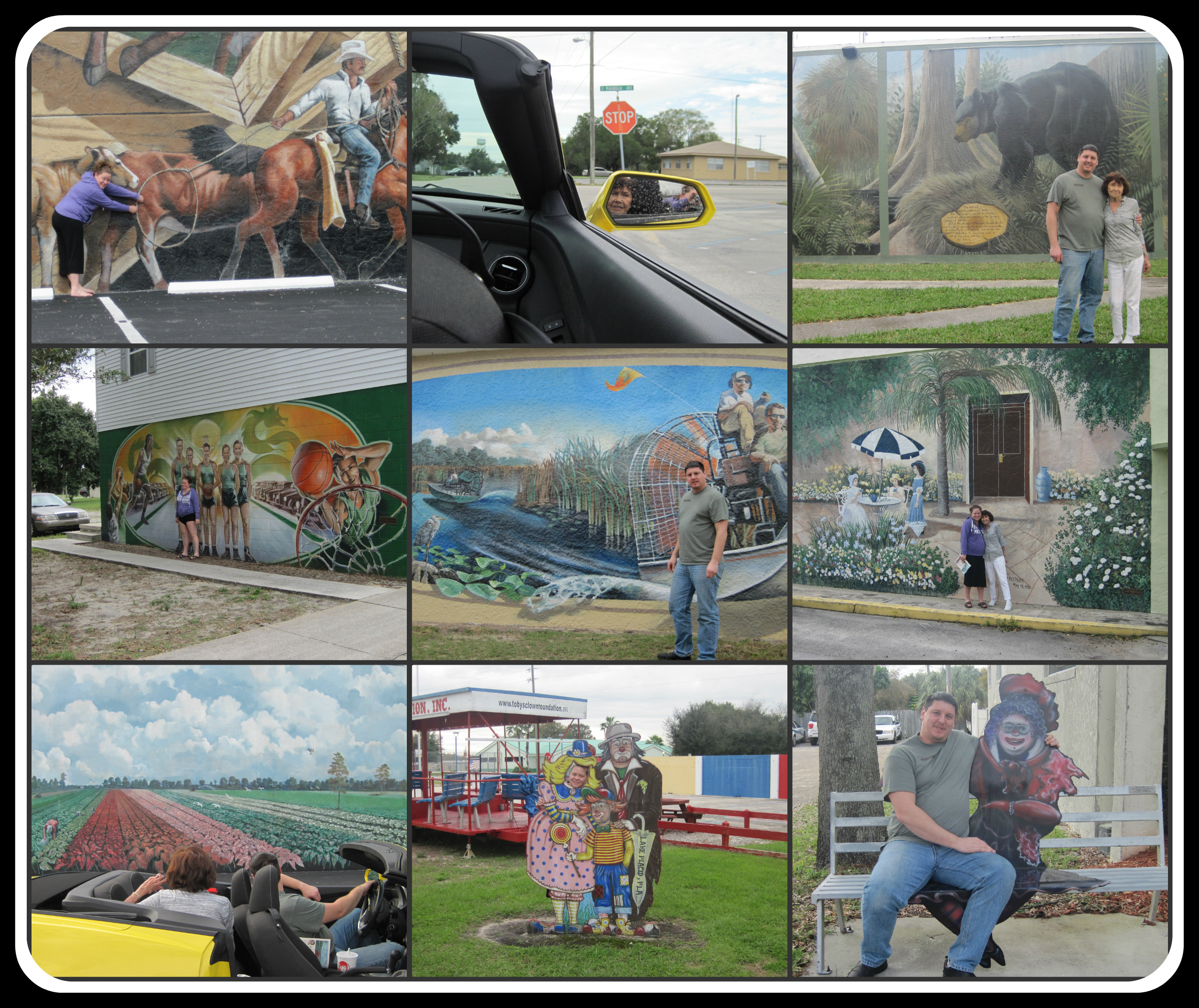 5 thoughts on “Embarkation Day: What it is like to board a cruise ship”