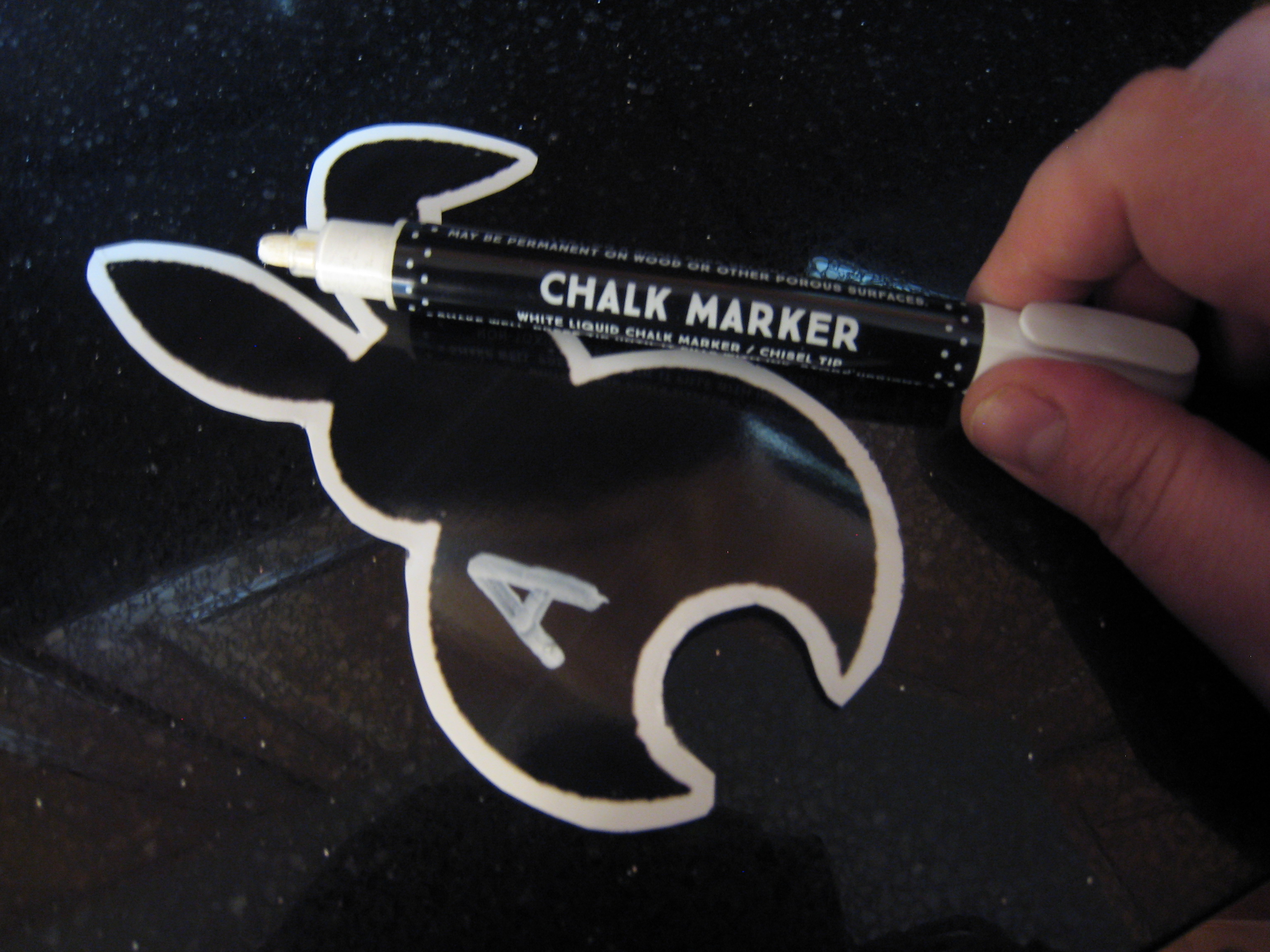 Feeling a little crafty? Want to do Easter crafts other than coloring eggs? I’ve got a few quick and easy crafts that you can still complete before Easter. This is a simple craft if you’ve been to several egg hunts and have several extra plastic eggs hanging around. I had a whole bunch of large-sized eggs that I used for an Easter egg hunt a few years ago. I recommend using some strong craft glue or a little bit of sand paper to rough down the spot where you’ll be applying the glue. Mine took a bit to dry and some of the paper pieces didn’t adhere the first time.  I think with better glue, it would have worked a bit easier. I used construction paper and cut out a template for little wings, beaks and ears. I wanted them to look roughly the same size, but as it got later into the night and I was still cutting and gluing, I sort of fell away from the pattern. I figured they just needed to be roughly the same size. I then used a hole in the egg to hang them from ribbon and strung them up in my front window Read more… This one was messy but cute. I made egg shells out of string and glue. Basically, you create a glue mixture, dip the string in it, wrap it around a balloon and then let it dry. Once it is completely dry, pop the balloon and you have the egg outline. I did mine and then hung them up in my front window. Read more… Of all the crafts I’ve ever done, this is one of my favorites. It was messy, yes, but it was adorable. Using a foam wreath as a base, I used toothpicks to make a Peeps wreath. This kept all spring actually. I left it on my front door, exposed to the elements, for several months. I then stored it for a year and rehung it the next Easter. No ants, no issues. Well, that is until my daughter ate it. Read more…

This is a new one that I’ve never posted before. I saw these at Target and loved them. I wanted to make something similar. I found a bunny pattern online and then edited it in Photoshop so that it was a black bunny with a white outline. You can download it here. I printed it out, cut around the edges and then wrote the child’s name in chalk marker. I glued it to the clothespin and then stuck that on the Easter basket for the recipient.

Here is the end result: 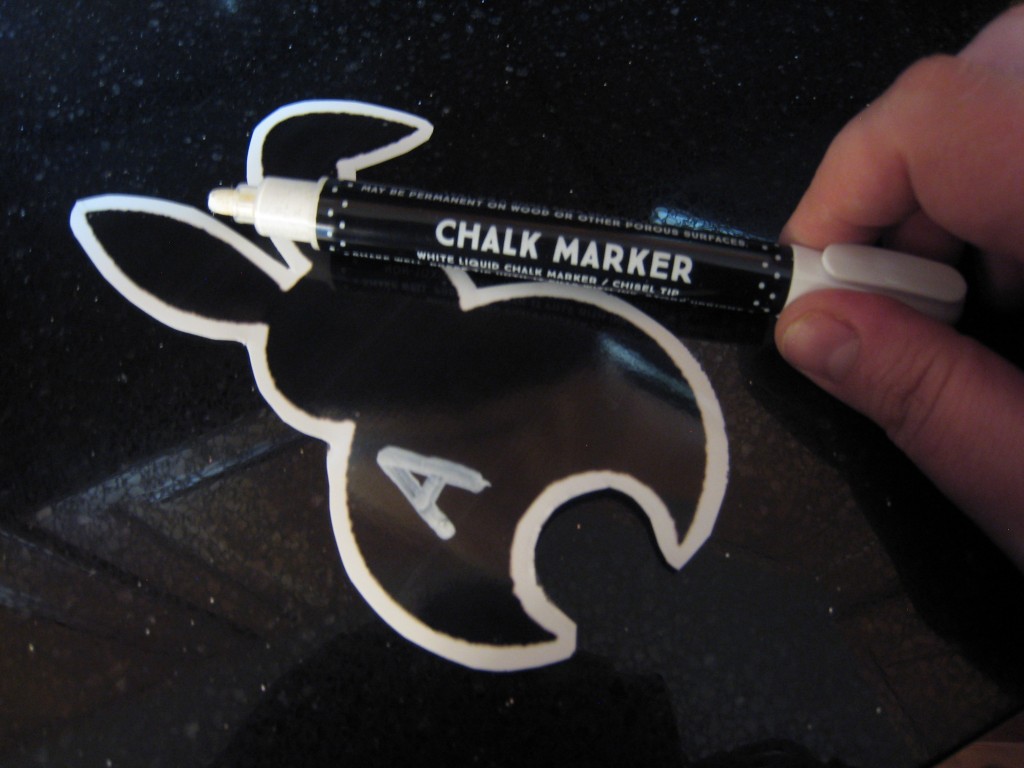 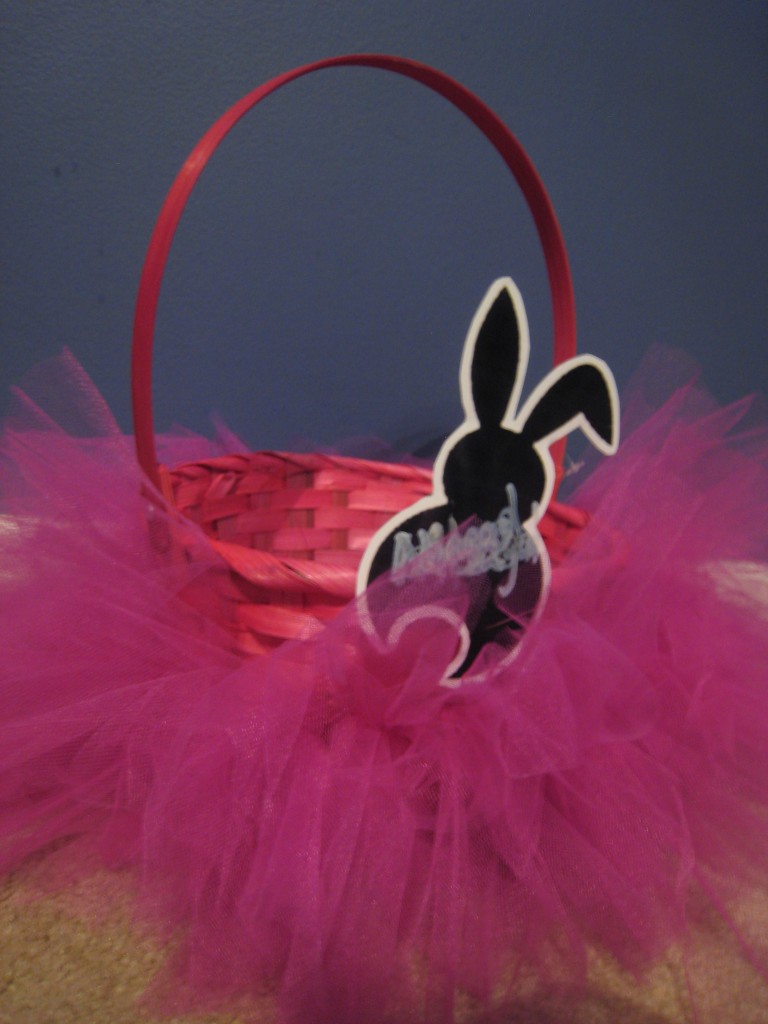 This is another new one! Whoo! I’ve been crafty! I’ve seen Easter baskets with tutus on them but the tutus were so-so. I decided I would make my own and it turned out to be incredibly easy. You can see one above. I already had the tulle and the elastic so really, it was just my time. I searched for tutu measurements on Pinterest and followed the instructions to measure the elastic. I sewed it together. I cut the front off an empty Cheerios box and wrapped my tulle around it until I felt like I had enough…I think about 40 wraps for the small and 60-something for the large. I cut the tulle on both ends of the box so I had strips. I then put the elastic on the box and knotted the tulle on the elastic. Basically, I followed these steps if you want to see pictures. One fit around the Easter basket, but one was made for a small baby and it didn’t fit so I just stuffed it inside like grass. My baskets are super cute now! 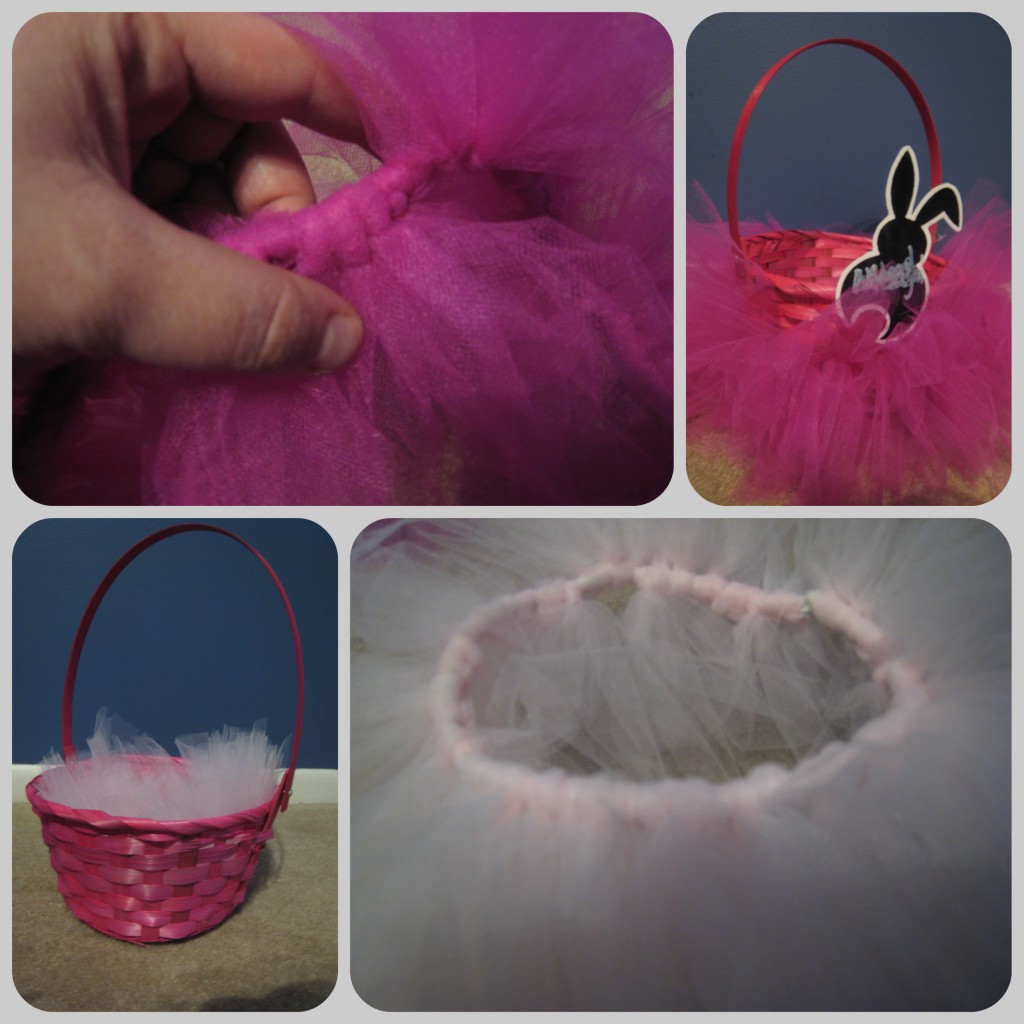 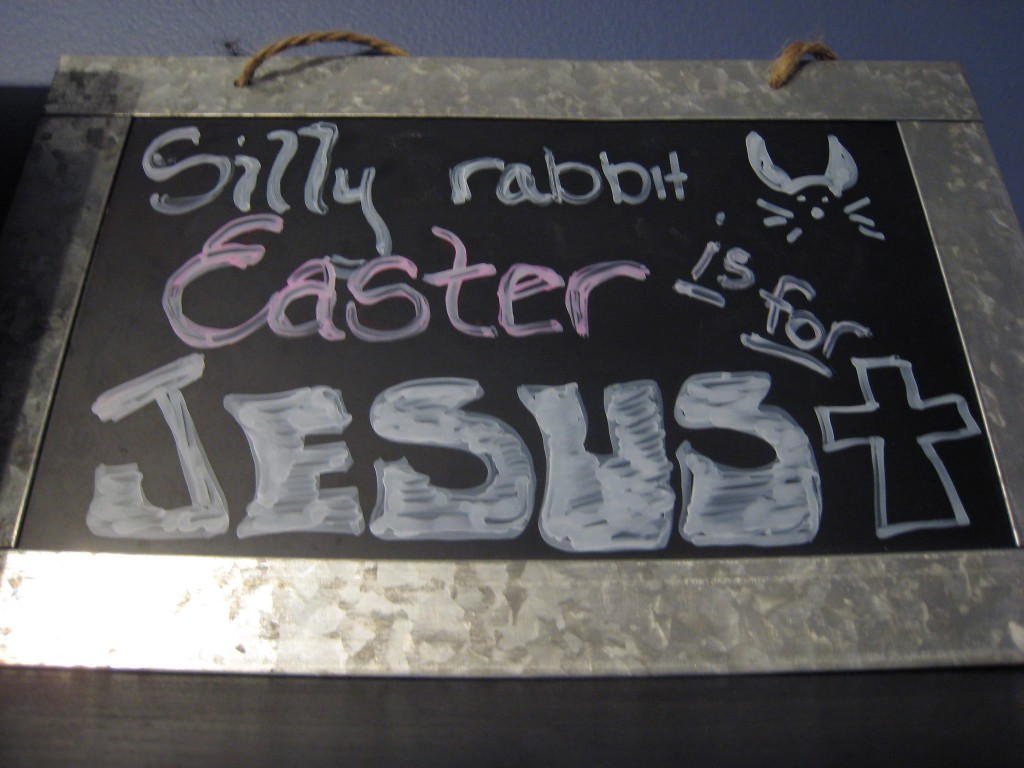 This is probably the easiest of them all. I already had the chalkboard. I saw the saying on Pinterst and decided to make my own sign. I bought some $3/pack chalk markers and wrote this saying on the board. They are washable so once Easter is over, I hope to come up with a cute saying for spring.

What are some of your favorite Easter or spring crafts?