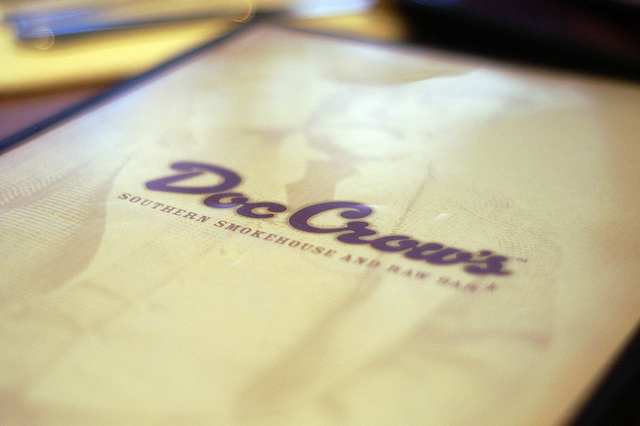 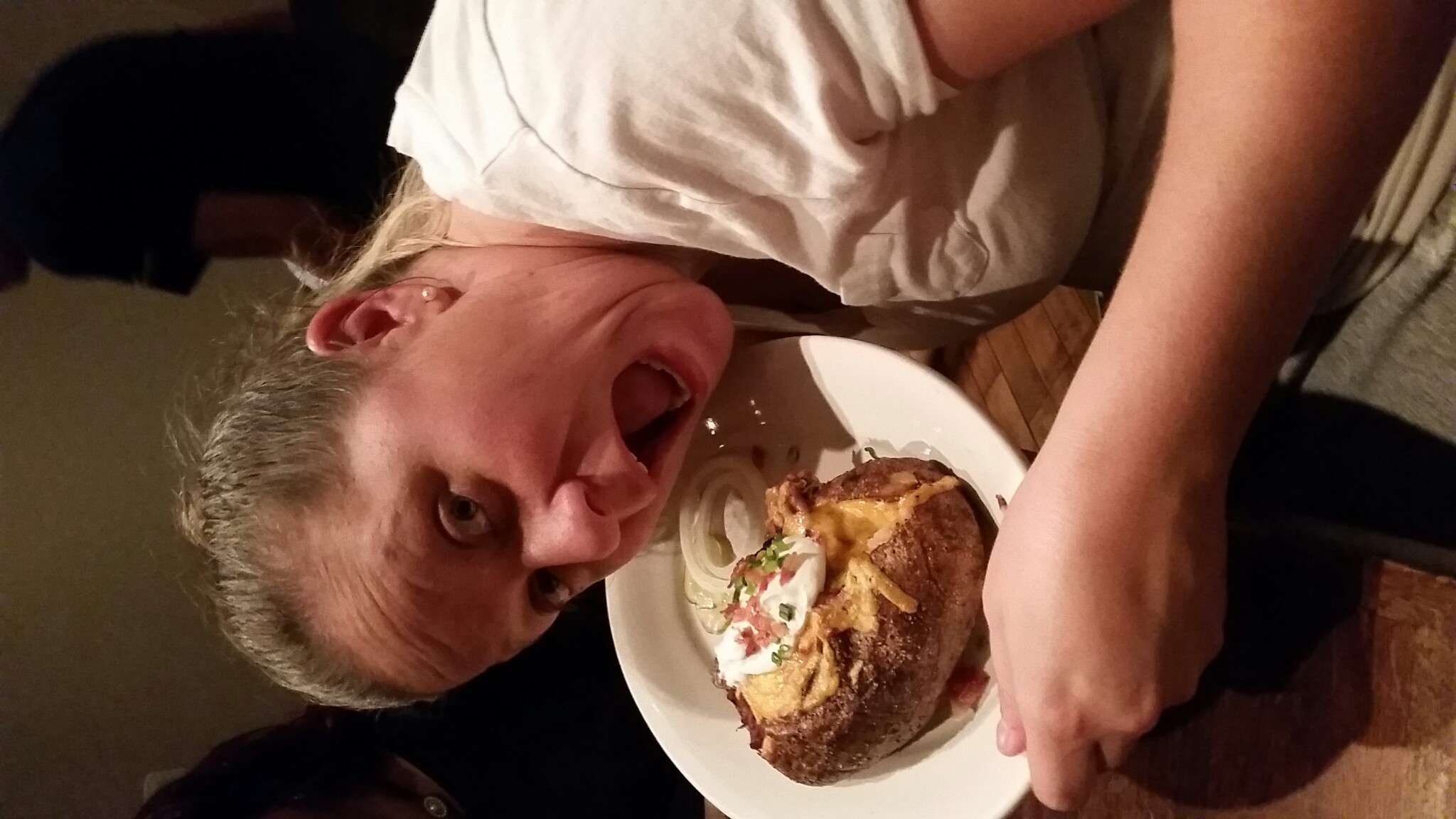 Downtown Louisville is generally not at the top of my list when it comes to hot night life and fine food, but there are some great places to dine. While at MOMcon, we had an amazing experience at Doc Crow’s.

Located at 127 West Main Street, Louisville, Ken., Downtown Louisville Doc Crow’s is easily accessible from most of the downtown hotels, including the Marriot, where we stayed.

The atmosphere is very unique. The establishment has limited seating in the raw bar up front and larger areas in the back that can accommodate large groups or many smaller parties. While our group of 16 was there, there was also a wedding rehearsal dinner going on and we hardly noticed they were there. We were in one of the main rooms with other smaller parties.
The building was industrial with exposed duct work and ornate bricks throughout. The colors were glossy and vibrant and had a really fun feel.

Our server was awesome. I’m sure he was a bit intimidated by a party of 16 women, but he handled it like a champ. He got through all of our orders, got them correct and was on top of refills and requests as we ate.

I was unaware that Louisville was Bourbon central until we were there. So, of course, I can’t go into an establishment like Doc Crow’s, with its own bourbon menu, and order a glass of wine. Instead, I did the total girlie thing and ordered a bourbatini, a martini made with bourbon.

It was so unique and crisp. I liked it and I felt like I was still getting a taste of the culture.
Dinner was a tough call. Everything sounded so amazing and the prices were totally reasonable. I ended up ordering a shrimp cocktail starter and split it with the table. The Cajun-type season was a bit much for some of the people but I thought it was great. Bring it on.

For my entrée, I chose the stuffed baked potato. I chose the beef brisket option. I had never had beef brisket, to my knowledge anyway, so I was taking a chance. I could have gone with pulled pork but since I was at a conference with the theme Be You Bravely, I figured I needed to do something new.

Anytime I think of beef brisket, I think of Howard from The Big Bang Theory and his mom’s brisket, as well as tur-briska-fil.

This, however, was not tur-briska-fil. It was basically perfection. The giant potato was baked, cut and stuffed full of barbeque beef brisket, butter and sour cream. I was actually sad when it was gone. I could have eaten another. And probably another after that.

Well, maybe not really, but I wanted to.

Doc Crow’s was just a place that our party had voted on before we left. I had no idea what we were voting on other than it was barbeque and a representation of Louisville. If that was Louisville, then I know some more expensive cities and restaurants that just can’t compete.

Doc Crow’s, you can doctor my beef brisket stuffed potato anytime. Now chain up and get one up here in Detroit!