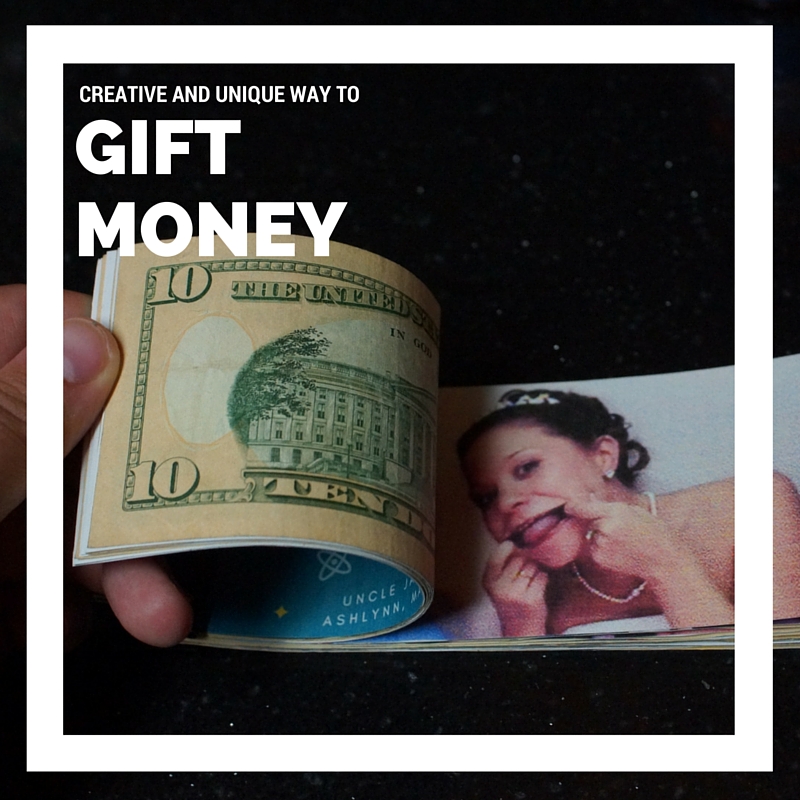 Is there a creative way to give money as a gift? I suppose cards are a classier alternative to the sly hand-shake money pass-off. If you want to get really fancy, there are money holder cards, that are specially sized to fit money. I’m always on the hunt to overhaul the way I gift money. Here are two of my favorite ways so far.

In August 2012, I gave my sister-in-law a box of cash for her birthday. And it’s not what you are thinking. I got 25 singles and taped them end-to-end using generic transparent tape. I carefully folded them up and placed them into an empty tissue box, which I had covered in happy birthday scrapbook paper, and used a little tissue paper to give it the look of actual tissue. I then use foam letters to spell out “Don’t blow it all in one place.”

Get it? Blow it? Tissue box?

It was cute for a birthday but it wasn’t something I’d use for a nice event, or for people I don’t know as well.

I had a graduation party to attend for a family member. I looked at Pinterest for some ideas but couldn’t come up with anything I really liked so I developed my own.

I wanted to create a photo album, but I knew that a high-school-graduating boy would want cash so I decided to combine the two. First, I found 20 pictures of him from his childhood and growing up. Then I cropped them to the size of a dollar bill (which, by the way is 6.14 inches x 2.61 inches). To do this, pick photos that are horizontal in nature and those that can be cropped tight, even if it means chopping off parts of heads. I went to the bank and picked up a bunch of $10 bills.

Note: I wanted to do this with $5 bills because I thought it would look thicker, but $5 are an often-used bill so they are often more crinkly and wrinkly. The bank advised me to go with $10 bills and they were a good pick. Also, I printed the photos on card stock, which helps make it look thicker and also gave it enough backing to keep it from getting floppy.

Once everything was squared up, I used rubber cement and glue along the edge of the booklet, almost like a page-a-day calendar or something. I used some black clips to hold the book in place while it dried. Once the rubber cement was dry, I added a layer of matte-finish Modge Podge to keep the rubber cement from feeling sticky. Now, it’s money/photo book and the money (or the pictures) can easily be torn off and removed from the book for use.

At first, my husband couldn’t really understand what I was trying to do, but when I was done, even he seemed thoroughly impressed with the outcome. The uses for this are endless. Weddings, birthdays, Christmas, graduation parties…anything really. Just make sure you have a few photos of the receiver to include. You could also use the pages to tell a story or share messages of thanksgiving, hope or well-wishes. I can’t wait to use this again. My daughters have lots of birthday parties coming up so maybe this will be a neat way to give one of their friends some money to spend.

Obviously it wouldn’t work out if you were going to mail it, but it’s a nice in-person gift. Maybe one of the items in the book could be a check rather than having lots of bills, then you could mail it. Get creative and think outside the box!

This was an easy activity and didn’t take too long to put together. The most time consuming part was finding the choosing the pictures–but that’s always my problem because I take way too many pictures! Plus, I spent way too long looking at the old pictures and reminiscing of the good times–which was really a gift to myself. Cash for him, memories for me! Win-win! 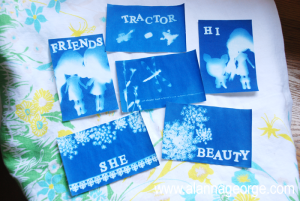