Just as I expected, Halloween was exactly what we hadn’t planned.

We started talking about Halloween costumes in our house about two months ago. During a trip to the Salvation Army near our house, my youngest daughter and I found a $5 bee costume that she wanted to wear for Halloween. Before that, she had been telling me that she wanted to be Jessie from Toy Story 2, something her sister also planned to dress as.

I wasn’t sure how that would work. This child is completely unpredictable. Would she get totally upset on Halloween that she wasn’t Jessie and her big sister was? Would she decide she wanted to be something completely different?

Last week, the time came for her to dress up for a trick-or-treat at her uncle’s work. We talked about the bee costume, but she wanted to be a mermaid.

Phew. This might sound like a problem, but not for us. We happen to have a mermaid costume. Problem solved.

I put the costume on and there were tears.

What? Why? You said you wanted to be a mermaid.

Apparently not that mermaid. That mermaid didn’t have a tail tight enough to make her legs into one unit. OMG.

So, I went back to the drawing board.

Then she found it. The costume to end all costume. She was going to be a penguin. I mean, we all have penguin costumes lying around right?

So I got her dressed up and she loved it. in fact, the next night, she wore it to trunk-or-treat at our church. We had a winner. Thank goodness the bee costume was only $5. She planned to wear the penguin costume for Halloween night.

That was, until her mother screwed it up.

We spend each Halloween with my brother. His neighborhood has sidewalks and houses that are close together and people that give out full-size candy bars, something our’s lacks. We got to my brother’s house, had a little dinner and started to put on their costumes when I realized OMG-THE-BEE-COSTUME-IN-ON-THE-COUNTER-AT-HOME!

I couldn’t possibly make it home and back before the trick-or-treating. We offered her a million different costumes that my brother had at his house. (Apparently we are costume packrats.) She said “No, I just don’t want to wear a costume.”

I felt bad. I mean, she wasn’t sad or mad, she was just going to go as herself. My dad then made it worse by telling her to go as the “second fiddle” or the “forgotten second child.” Bah! No! Don’t teach my tempermental child that she could use this to make mommy feel bad. Especially because Mommy was wearing a pretty elaborate witch costume.

No, if you can’t walk, you’re done. So she decided she wanted to go back to her uncle’s house. I explained I was going to continue with her sister. She said fine. My older daughter and I made quite a little beeline around the neighborhood. The newly five-year-old walks a lot quicker than she did last year and she can get between houses easily without coaxing along her sister. So while we were out collecting lots of candy, the little one decided she wanted to be with us.

My dad bundled her up in her non-costume and brought her out. They walked to a corner, looked for us, but it was dark and nearly impossible to find us. My dad offered to take her out to get some candy, or back to my brother’s. She decided to press on and possibly get more candy.

But she managed to even be temperamental about that. Apparently she wanted to be carried, which my dad obliged. And she picked and chose what houses she wanted to go up to rather then just following the line and going to all of them. 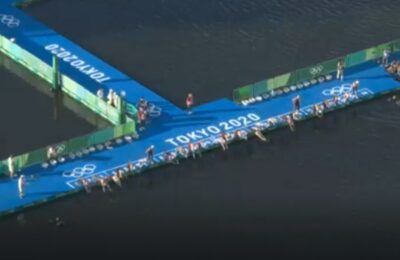