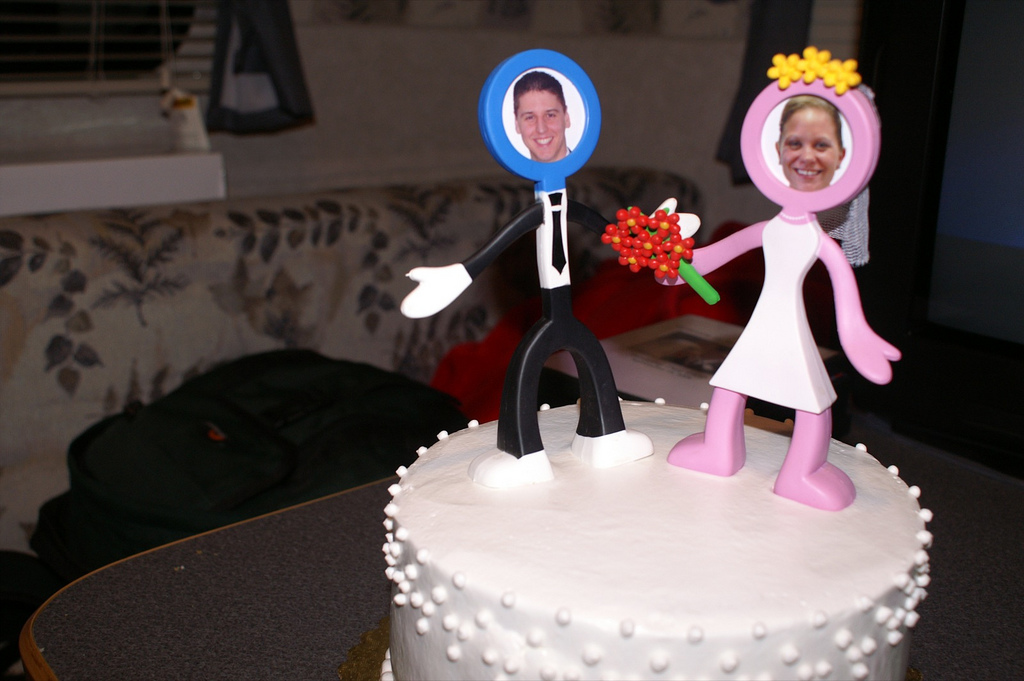 Our first wedding anniversary was weird. Our daughter was 24 days old and I’m pretty sure I had slept about an hour since we brought her home from the hospital. But it was our first anniversary! So we decided to leave the baby with my mom and dad and go out to a movie and dinner.

I can’t remember what movie we saw, but I do remember being afraid that I was going to fall asleep. And then I remember rushing through dinner because I was terrified my mom was going to run out of pumped milk.

Each year, we try to do something to mark the day.

For our second anniversary, we left our daughter with my parents and went camping. We pulled our camper to a year-round facility about 90 minutes from home. We brought a TV, DVD player and some movies and got carry-out sides from our favorite restaurant up there (Bavarian Inn in Frankenmuth if you care) and then grilled steaks for dinner. We watched our wedding video and ate a replica of our wedding cake top tier that my husband had a bakery recreate.

For our fourth anniversary, we went back to the hotel where we had our reception. We took advantage of the jacuzzi tub and movie channels and had a restful 24 hours in our room.

Year five, we went on a cruise.

Year eight, we took a trip to an inn on the west side of the state.

{I will preface this by saying we are insanely lucky to have family that we can trust with our children nearby. My parents are willing to stay at our house, take the kids to school, handle after school adventures and even sit outside in the rain at sporting events. We couldn’t be more blessed by them. My mom has told me she understands the importance of a husband and wife having time together, so she’s happy to do it…as long as we don’t abuse it.}

This year, we had plans in November (our anniversary month) that were going to make is hard to get out of town for our anniversary. So, we decided we’d celebrate earlier. When my husband found out that my favorite artist, Ed Sheeran, was going to be performing at Soldier Field in Chicago, IL (about a 5 hour drive from home), he decided it would make a nice, little anniversary present and a few days away.

We left our house on a Thursday morning and drove to Chicago. We got there at about 1:30  in the afternoon and decided to get in a little sightseeing before the concert. We were staying in the South Loop near Soldier Field, which wasn’t really near the hustle of Michigan Avenue or even Millenium Park or Navy Pier. We decided to walk as far as we could, eat and then head back for the concert.

After a few blocks, we realized it would take us forever to get to anything. We came across a bike rack for Divvy bikes. We checked it out and decided it was our ticket to a fun afternoon!

We rented the bikes for $6 for 30 minutes. We rode around Soldier Field, through the museum area, up through Grant Park, took a few pictures in Millenium Park and found The Dearborn for dinner. Our first ride was a little over 30 minutes so we paid a few extra dollars, no big deal.

We arrived at the restaurant just in time to snag a table in the tavern area, which is first come/first served, had a delicious dinner and then found another Divvy bike rack to grab our transportation back to Soldier Field.

I thought riding through the streets of Chicago in the bike lane was super fun! They made it so easy. The bike lane was marked, there was a light to tell us when to go…it was easier and I felt safe. Minus the fact that I should really have worn a helmet, but I hadn’t brought one.

We made our way back to Soldier Field and dropped off the bikes at a rack near the stadium. Then we made our way into the stadium for the concert, which was fantastic and I will write about that soon enough.

Afterward, we made the 15 minute walk back to our hotel. We weren’t ready for bed so we went to the bar at the hotel, had a drink and then went to the executive lounge to raid it for snacks. Afterward we stayed up and watched TV.

We woke up the next morning and the fun wasn’t over. We were heading to Fort Wayne to see Thomas Rhett in concert. My daughters and I had come to love his music this summer and my husband found out he’d be in Fort Wayne as we were on our way back in Chicago and got us tickets! How fun!

So we road tripped over the Fort Wayne.

After the hustle of Chicago, Fort Wayne was….well, it was the day after Christmas. But the concert was amazing and we had some time to just relax before the show. Then, we got to sleep in before making the drive home.

Yes, it was a lot of driving. But we laughed. We slept. We had fun. And we were together.

I won’t forget this weekend for a long time. Number 12! You were so fun and I’m so thankful for the time I got to spend hanging out with my husband, just us, enjoying things. 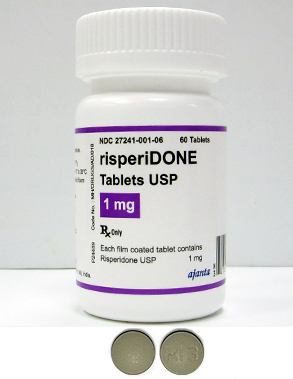 One thought on “Celebrating our wedding anniversary”