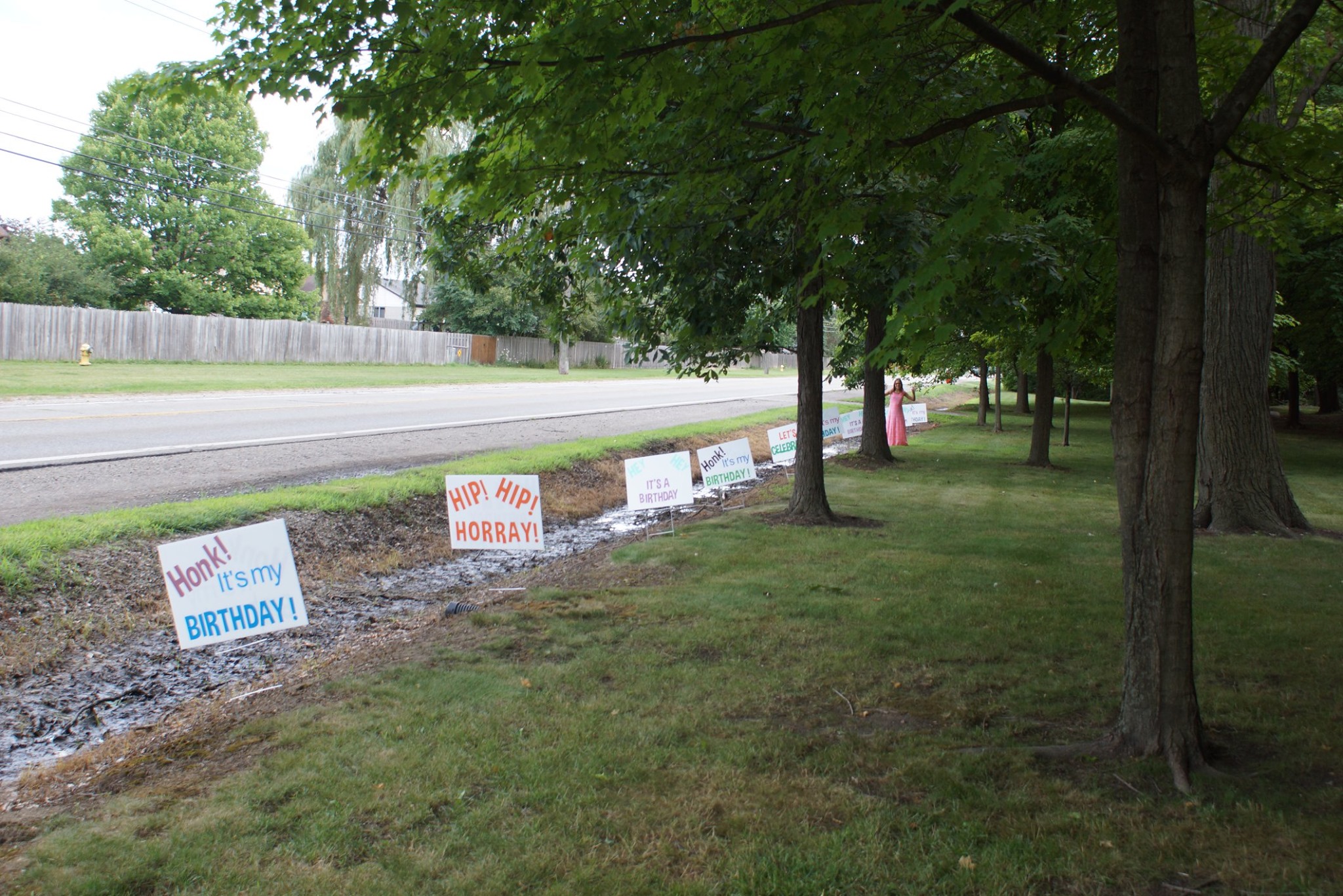 When the kids were little, we were always together. Maybe it’s because our old house was small, maybe it’s because they all had common interests. Whatever the case, we all played and talked and hung out together almost all the time.

Now, things are a little different. Each daughter has her own interest. The age gap between the older two and the youngest is far more prevelent than before. They keep different schedules. Sure, we still spend plenty of time together, but it’s different.

Between my two jobs, my kids’ schedules, school work and family obligations, I don’t do a very good job of spending one-on-one time with each of the girls. The youngest definitely gets the majority of my attention, followed by the middle and then the oldest. And that’s very much the way it always been.

So, I decided that birthdays needed to be the way for us to honor each child. We could tailor things to their preferences. We could let them pick the way we celebrate. We could invite our family and friends to show them love. Our community could rally around them and make them feel special.

In the past, I’ve combined the two July birthdays, as they are only 13 days a part, but this year, I didn’t. I knew we wouldn’t be having a traditional family party due to the pandemic, but I still felt it was really important to make sure that both girls knew we see them, we see what makes them special and unique and we are so glad they are part of our family.

My youngest daughter was celebrating a special birthday this year. She was turning 7 on the 7th day of the 7th month. We had just planned cake and gifts at home, but she had been to a few car parade birthday parties and wanted to do that. In fact, she said it so matter-of-factly, it seemed like these were always a thing.

“When we have my birthday car parade,” she said, “can we also hand out goody bags.”

Car parade? Goody bags. Sure. Why not?

With very little notice, I sent out some Evites and got to work on developing some idea on how this would work. And organizing the gift bags. I had no idea who would show up. I got a count through Evite of every person and planned for a goody bag for every single child as well as a cupcake for every single person.

We live on a busier road, so I knew straight up driving by wasn’t going to work. I realized we could utilize our circle driveway to direct cars in from one direction and out the other.

I also didn’t want people to feel like they needed to line up. I knew it was a weekday and 7 p.m. so not everyone could get there and be totally ready at 7 p.m. So, I sort of said, “hey we’ll be outside, come when you can.”

Honestly, this was the best birthday party.

People drove up into our drive way, honking, some cars were decorated. They stopped up at the point closest to the house. We went up to each car with a goody bag for each child and a cupcake for each person. Some handed gifts out the window. Others wanted hugs.

This wasn’t meant to be a social distancing party. It helped, sure, but it’s truly just want my daughter wanted to do. So, I wasn’t opposed to people stopping. Some friends looped around and parked and joined us for some gift opening.

We were done in about an hour. It was perfect for a weeknight. My daughter had so much fun, saw all of her friends and I didn’t have to clean my house.

So what was in the goody bags?

I defintely plan to write more about the homemade Shrinky Dinks that I made. We also included markers to color the Shrinky Dinks and some gummy bears, It was pretty simple.

13 days later, it was another birthday

This time, my middle daughter was turning 11. With a lot going on the week before, I told her there was probably not going to be a party, party. I said if she didn’t have a party, I would put a bit more money toward her gift. And, she could have a friend come over.

But I didn’t want her special day to go, well, un-special. So, secretly, in the week leading up to her birthday, I purchased 10 corregated plastic signs with yard stakes and cut an insane amount of permanent vinyl to write messages like “Honk, it’s my birthday!” and “Hip Hip Horray!” and “Let’s celebrate!” I made sure not to personalize them because I didn’t want strangers to know about her. The bonus is that I can use them again.

The morning of her birthday, I got up early and put the signs at the road. As I mentioned above, our street is fairly busy. So all day long, we heard cars honking as they drove by. And she LOVED IT! She felt like a superstar. She told everyone about her signs and the honking.

And a few days later, she had a friend over for the first time since March.

Each girl got gifts that interest them and had us dote on them for the day. I’m so glad that I was able to make each of them a special day. 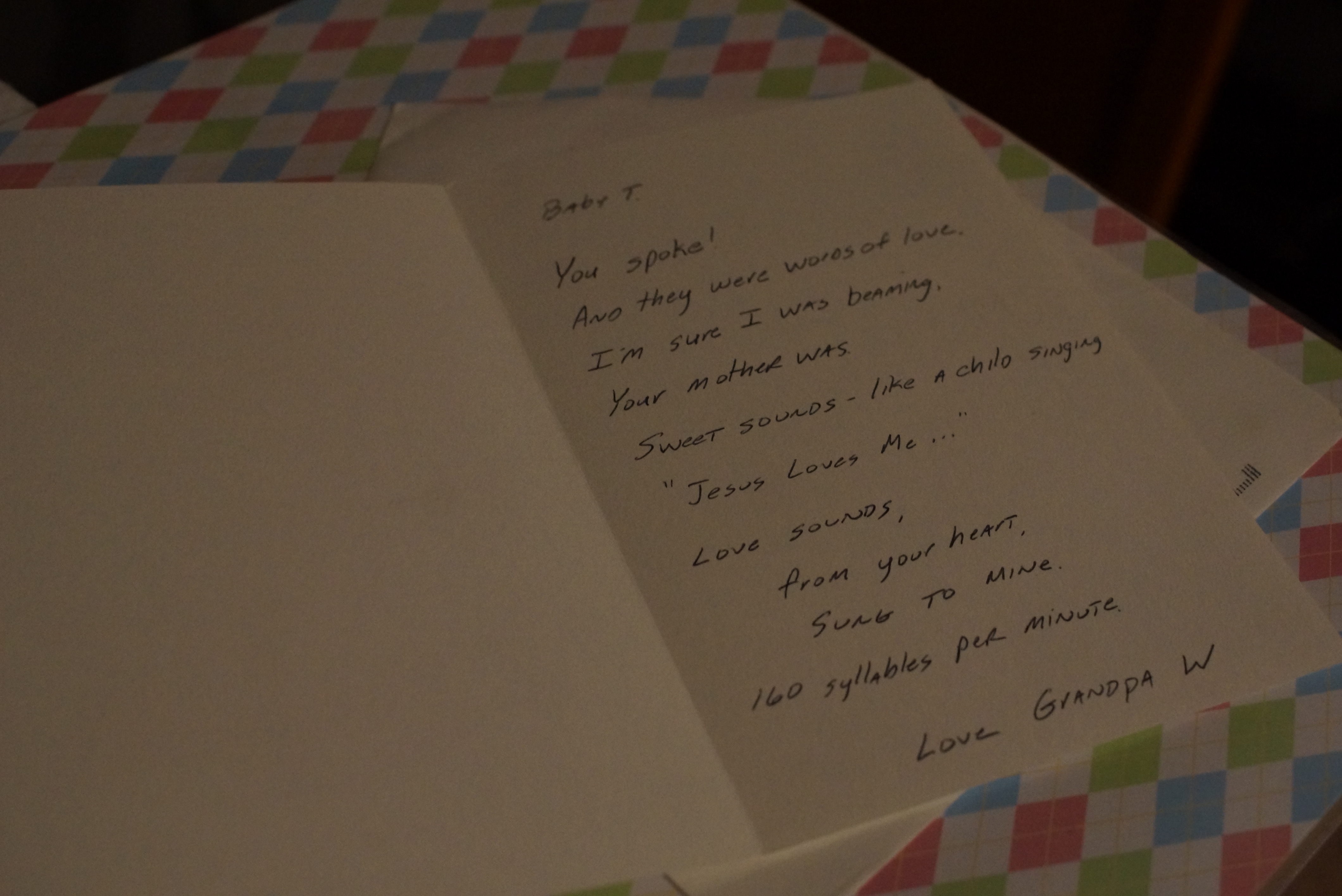